Patricia Limerick, Faculty Director and Chair of the Board of the Center of the American West at the University of Colorado, will present "Significance of the Bureaucrat in Western American History: Hair-Raising Tales from the Department of the Interior" as part of the College of Letters and Science's Western Lands & Peoples: Perspectives on the American West Lecture Series.

Summary: Contrary to the stereotype of the boring bureaucrat, the stories of the men and women who have worked for the agencies of the Department of the Interior carry intrinsic interest and give rise to thought-provoking interpretations of and insights into the West's past and present. Enormously important in the shaping of the American West, federal employees have been unjustly and inaccurately classified as "boring." Formed just as the United States completed its coast-to-cast conquest of contiguous land, Interior became the pivot point for the nation's attempts to absorb and manage the West's peoples and lands.  In this talk, Patty Limerick will use case studies--drawn particularly from the Bureau of Reclamation and the National Park Service, with their disparate missions and jurisdictions--to make the case for directing more sustained and robust attention to the roles of federal clerks, surveyors, engineers, superintendents, agents, rangers, teachers, inspectors and scientists in shaping the region.

About the speaker: Limerick has dedicated her career to bridging the gap between academics and the general public and to demonstrating the benefits of applying historical perspective to contemporary dilemmas and conflicts.

Limerick was born and raised in Banning, California, and graduated from the University of California at Santa Cruz in 1972. She received her Ph.D. in American Studies from Yale University in 1980, and from 1980 to 1984 she was an Assistant Professor of History at Harvard. In 1984, Limerick moved to Boulder to join the History Department of the University of Colorado, where she was promoted to tenured Associate Professor in 1987 and to Full Professor in 1991. In 1985 she published Desert Passages, followed in 1987 by her best-known work, The Legacy of Conquest, an overview and reinterpretation of Western American history that has stirred up a great deal of both academic and public debate. In 2012 she published A Ditch in Time: The City, the West, and Water, a history of water in Denver. Limerick is also a prolific essayist, and many of her most notable articles, including “Dancing with Professors: The Trouble with Academic Prose,” were collected in 2000 under the title Something in the Soil.

Limerick has received a number of awards and honors recognizing the impact of her scholarship and her commitment to teaching, including the MacArthur Fellowship (1995 to 2000) and the Hazel Barnes Prize, the University of Colorado’s highest award for teaching and research (2001). She has served as president of several professional organizations, advised documentary and film projects, and done two tours as a Pulitzer Nonfiction jurist, as well as chairing the 2011 Pulitzer jury in History. She regularly engages the public on the op-ed pages of local and national newspapers, and in the summer of 2005 she served as a guest columnist for The New York Times. Limerick is also known as an energetic, funny, and engaging public speaker, sought after by a wide range of Western constituencies that include private industry groups, state and federal agencies, and grassroots organizations.

In 1986, Limerick and CU Law Professor Charles Wilkinson founded the Center of the American West, and since 1995 it has been her primary point of affiliation. During her tenure, the Center has published a number of books, including the influential Atlas of the New West (1997), and a series of lively, balanced, and to-the-point reports on compelling Western issues, including What Every Westerner Should Know About Energy (2003), Cleaning Up Abandoned Hardrock Mines in the West (2006), and What Every Westerner Should Know About Energy Efficiency and Conservation (2007). The Center’s film, The Lover’s Guide to the West, offering counseling to the American public on its “troubled relationship with fossil fuels,” debuted on Rocky Mountain PBS in April 2010. Limerick and Center staff are currently working on several projects, including a book about the role of the Department of Interior in the West, based on the “Inside Interior” series of interviews hosted by the Center between 2004 and 2006. Under her leadership, the Center of the American West serves as a forum committed to the civil, respectful, problem-solving exploration of important, often contentious, public issues. In an era of political polarization and contention, the Center strives to bring out “the better angels of our nature” by appealing to our common loyalties and hopes as Westerners.

The lecture will be preceded by a reception in the lobby of the Museum of the Rockies at 5:15 PM.

Free and open to the public. 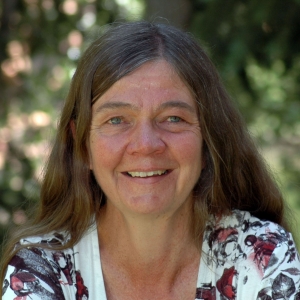