Thurgood Marshall: The Story Behind the Supreme Court Justice

Acting Director of the Smithsonian Institution National Museum of African American History and Culture Dr. Spencer Crew will present an in-depth look at Supreme Court Justice Thurgood Marshall. During his long tenure on the U.S. Supreme Court (1967-1991), Justice Marshall played a key role in advancing American civil rights. The grandson of slaves, Marshall had a distinguished legal career before being appointed to the Court by President Lyndon Johnson. Among his notable legal victories was Brown v. The Topeka Board of Education.

In addition to his most recent position at the Smithsonian, Dr. Crew is the Clarence J. Robinson Professor of History at George Mason University. He has served as president of the National Underground Railroad Freedom Center for six years and worked at the National Museum of American History, Smithsonian Institution for twenty years. 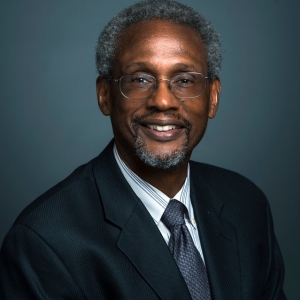