The Changing Climate of Materials Research

Materials engineers at MSU work to promote environmental stewardship in research and teaching. 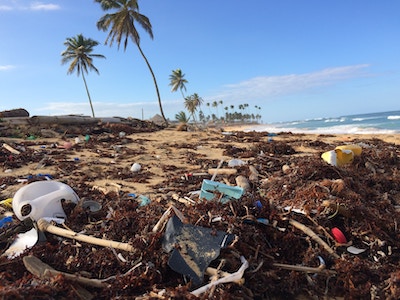 Plastics accumulate in the ocean and litter beaches.

From cell phones and medical equipment, to bicycle helmets and buildings, the materials engineers create can impact our society and environment. In many cases, new materials make our lives easier or safer. But, the materials we produce can also have troubling environmental impacts. Plastics, for example, can take centuries to biodegrade. During that time, their accumulation can wreak havoc. The chemicals that leach out can cause health problems in humans, marine life, and other animals. More durable materials like concrete also raise environmental concerns, including the question of what to do with piles of old pavement. Even the extraction of the minerals used to create materials can generate greenhouse gases, increase air pollution, impact water quality, and disrupt habitats. Knowledge of the existing and potential troubles have led MSU faculty to carefully consider the environmental impacts of developing new materials in research and teaching.

At Montana State, Dr. Cecily Ryan (Assistant Professor, Mechanical & Industrial Engineering) creates alternative plastics, sometimes from material in Montana crop residue and always with an eye toward what happens when a plastic object’s use is over. In just three years at MSU, Ryan has created plastics that incorporate wheat and barley stems, plastics that can conduct electricity, and plastics that take a big step toward 100% recyclability. She creates materials by working on the scale of molecules and polymers, studying how matter interacts on that level and
designing compatible composites. 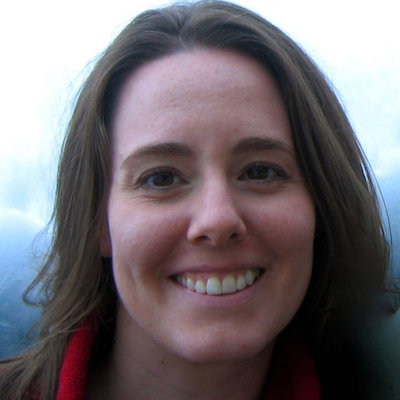 For Ryan, however, this is not merely an academic exercise in how to create new materials. Asked if she feels a responsibility for the materials she engineers, Ryan does not mince words: “I definitely do.” She sees each material she designs as part of a larger process that she is suggesting manufacturers adopt, along with that process’ consequences from production to use and beyond: “We really need to be planning for end-of-life, planning for how these materials are
going to be used again.”

Ryan’s use of “we,” the collective first person, is noteworthy. MSU engineers use “we” to describe themselves as part of small scholarly teams and large, national or international, professional fields. But another meaning comes up, and its extent is much bigger. It is the “we” of global environmental citizenship, referring to all humanity. 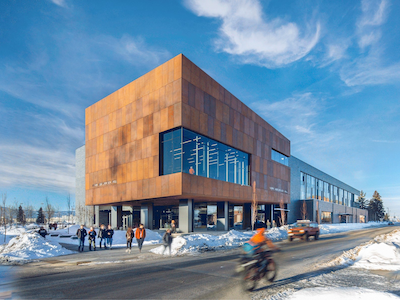 Opening of Norm Asbjornson Hall in 2018.

Traditionally, engineering a new product meant optimizing the relationship between cost of production and relatively few metrics of performance. As a 1960 textbook put it, engineering consisted in “adapting structures and machines to higher loads and to greater speeds with a minimum of materials."[1] The year that book hit the press, Norm Asbjornson graduated from MSU with a B.S. in Mechanical Engineering. In late 2018, the campus engineering education building named for Asbjornson opened with a LEED Platinum designation—awarded for construction that minimizes landfilling of material and consumption of energy.

Many textbook definitions of engineering have not changed much since Asbjornson graduated. A 2018 publication states “product quality, productivity, and reliability have been becoming the most powerful driving force behind any new product design and development” in our “knowledge-based economy.”[2] But while textbooks may simply update the old language of cost and performance, Norm Asbjornson Hall’s LEED certification represents new and broader standards in engineering education and research. The College of Engineering’s own materials scientists look to lead in developing their profession’s standards.

Dr. Michael Berry (Associate Professor, Civil Engineering) also speaks the language of collective environmental citizenship, perhaps surprisingly for someone who works primarily in concrete. He knows the most recent estimates claim production of synthetic cement, largely for use in concrete recipes, constitutes around 7% of heat-trapping gas emissions on Earth. 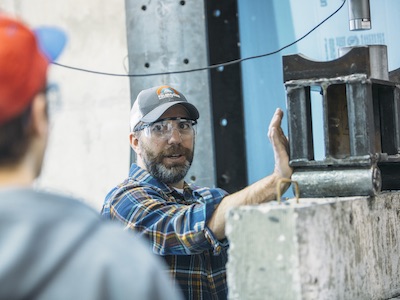 Berry hopes that his work through Montana State’s Western Transportation Institute can make a difference. He has developed and tested many concrete mixtures for the Montana Department of Transportation and the National Science Foundation. Recently, he concocted an ultra-high performance concrete (five times stronger than conventional concrete) using constituents sourced from Montana and its neighboring states. He designs concrete that is not only strong but durable. The longevity of the product matters to him, because frequent replacement would mean more waste material and more heat-trapping gases pushed out into the environment.

Berry also develops concrete out of constituents that otherwise would be landfilled or worse. For example, contractors who built the Missoula Federal Credit Union used a concrete Berry designed with crushed glass and the fly ash byproduct of coal-fired power generation. Still, he contrasts his own innovations within existing concrete practices with the work of MSU colleague Adie Phillips and others who develop fundamentally new cement production methods. He uses collective language to convey the importance of more directly reducing cement’s carbon footprint: “We need to go that direction, we need to make jumps like that instead of our little jumps.” 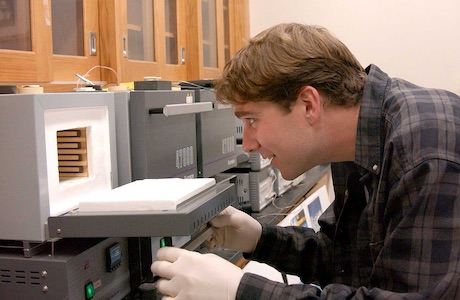 It is not new that engineers and scientists think in terms of all humanity. To name just one precursor, perhaps the most famous line in NASA history declared one man’s step a “giant leap for mankind.” What is new, however, is an awareness of planet-scale impact on atmosphere and oceans as well as, and sometimes relatedly, a willingness to discuss societal concerns within engineering education curriculum. Planet-scale environmental awareness and candid in-
class discussion are two ways in which MSU materials scientists affect change in their profession’s dominant thought.

Dr. Paul Gannon (Associate Professor, Chemical and Biological Engineering) is back after sabbatical research in New Zealand. He reports that academic institutions in that part of the world take seriously their responsibility to be the “critics and conscience of society.” While there, he often reflected on his own roles as an educator and as a scholar. Gannon balances those roles with his materials research, which has come to focus on developing equipment to capture solar energy. His specialty is using vacuum chambers and plasma energy to more or less paint critical equipment components with inconceivably-thin layers of protective coating. Manipulating materials at such a small scale is how he helped photovoltaic cells  (the most common means of turning sunlight directly into electricity) become a more cost-effective alternative energy technology.

In spite of his directly influential research, Gannon stresses the indirect impact of education. The severity of climate change realities and prospects pushes him to bring the ethics of engineering into undergraduate classes. His developments that shift energy production away from heat-trapping gas emissions are not enough to keep climate alterations in check, but he believes that MSU engineering students’ collective potential could be. “Any contributions I make are good ones, they should be done, but we need to go faster,” Gannon insists. Gannon has developed new courses that teach engineering through the lens of sustainability and, with his colleagues, incorporated societal ethics conversations explicitly into MSU’s engineering curriculum.

Gannon’s research into engineering curriculum has been helped by recent policy changes across universities—changes that more fully acknowledge the value of education development. He relishes the opportunities for undergraduate teaching at MSU. Not surprisingly, Gannon’s own use of collective language includes students. When he says “we need to go faster” on climate-conscious engineering, the “we” is the global community but also, specifically, MSU students. Students are not just future engineers, they are also energy users and members of a democratic society. They can provide the most by designing products from a citizenship perspective, with more than narrow cost and performance metrics in mind.