Sarah Vowell, a Montana State University graduate now recognized nationally as an author, social commentator and the voice of Violet in both “Incredibles” films, will speak at MSU’s 2020 fall convocation set for Aug. 27. 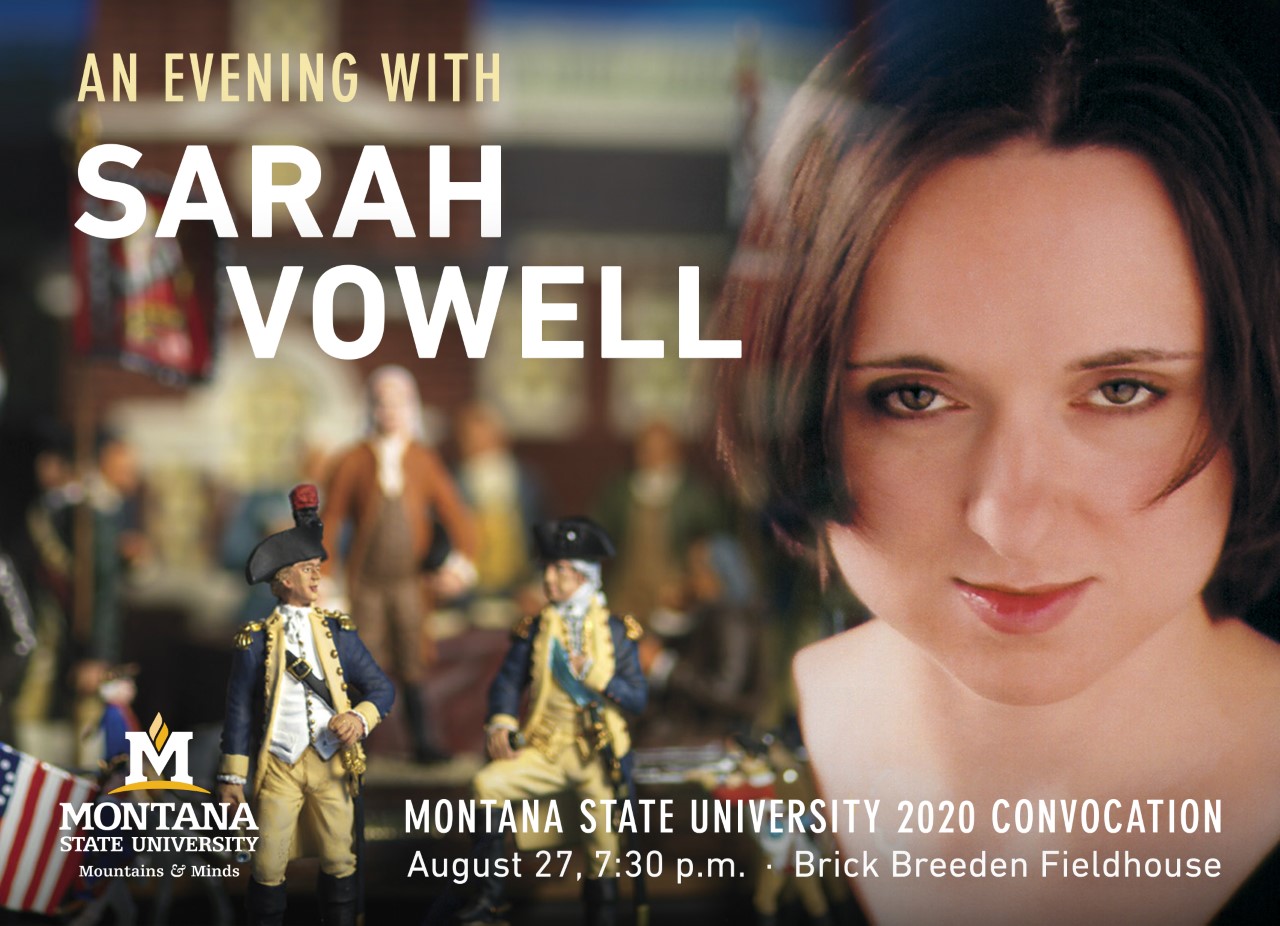 Vowell, who graduated from MSU in 1993 with a degree in modern languages and literatures, is a New York Times bestselling author of seven nonfiction books on American history and culture. Her book “Lafayette in the Somewhat United States” will be MSU’s 2020 summer read.

In addition, Vowell frequently appears as a guest on late-night comedy shows and is recognized for her wit and social observations. She was the voice of teenage superhero Violet Parr in the 2004 film “The Incredibles” as well as its 2018 sequel “Incredibles 2.”

Vowell was a contributing editor of the public radio show “This American Life” from 1996 to 2008, where she produced numerous commentaries and documentaries and toured the country in many of the program’s live shows. She is a contributing op-ed writer for The New York Times and has been a columnist for Salon.com, Time, San Francisco Weekly, GQ and Spin, among others. Vowell was the president of the board of 826NYC, a nonprofit tutoring and writing center for students aged 6-18 in Brooklyn. She is still a member of its advisory board, along with its sister organization in Los Angeles, 826LA.

MSU President Waded Cruzado said she believes Vowell’s personal story will inspire the incoming freshman class as well as members of the MSU and Bozeman community.

“Sara Vowell’s story gives voice to what happens when talent and curiosity meet access to a land-grant education,” Cruzado said. “Montana State is hugely proud of her many accomplishments, and we are overjoyed to have her return to speak to our freshmen students.”

While MSU convocation is free, the general public must reserve tickets. Tickets will be available at the  beginning of June at the Bobcat Ticket Office and all Ticketswest outlets.

MSU’s Convocation is the formal welcome of the incoming class, where the university focuses attention on the start of the academic, intellectual and personal journey of first-year students. Convocation demonstrates the support of the university and community to help students reach the goal of becoming the graduating class of 2024. Vowell’s lecture will be part of MSU’s 15th convocation
.

Her lecture is free and open to the public.
Join us at MSU Convocation to celebrate your entrance into Montana State University. Disabled students wishing to request an accommodation may contact 406-994-2824.