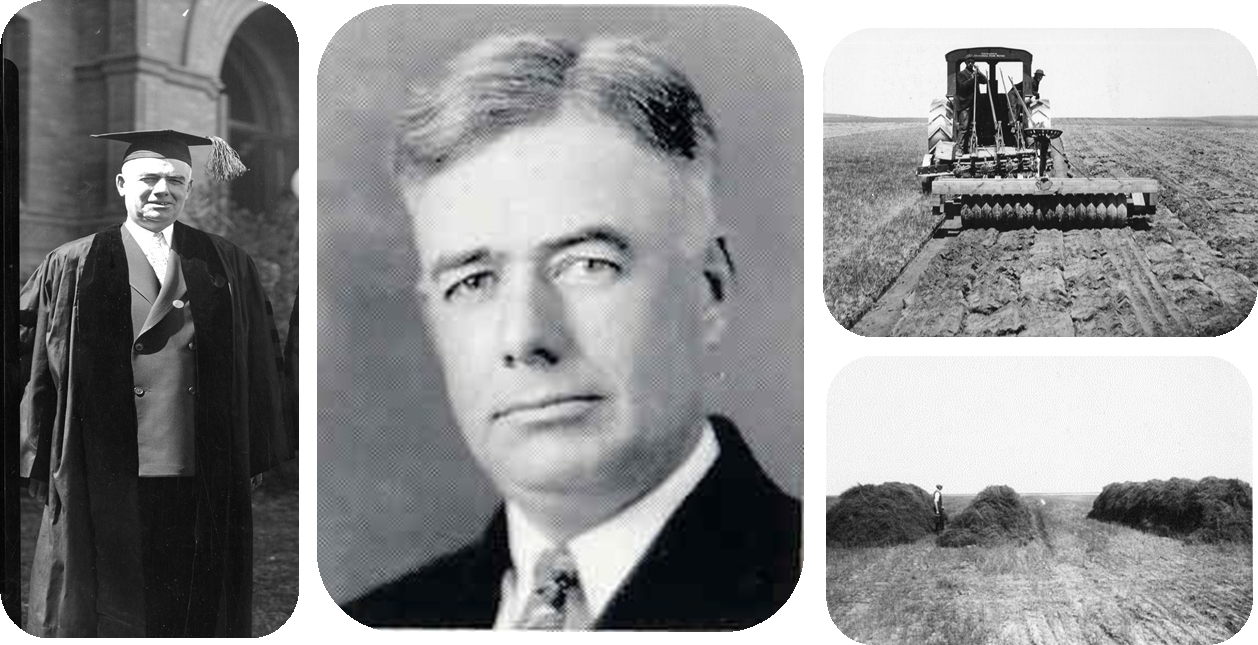 Since 1976 the department holds a seminar in honor of M.L. Wilson, our first department head.

M.L. Wilson came to Montana in 1909 with a B.S. degree from Iowa State College.  He was a homesteader and then became the first Montana agricultural extension agent.

Subsequent to completion of a M.S. degree in agricultural economics from the University of Wisconsin, he was the first head of the Department of Agricultural Economics at Montana State College.

He made major contributions to public policy and programs designed to meet the problems of drought, depression and low farm family income.  He is considered one of the architects of the original Federal agricultural commodity programs.

M.L. Wilson left Montana in 1933 to serve as chief economist in the Agricultural Adjustment Administration.  He then served as Assistant and Under Secretary from 1934-1940 in the U.S. Department of Agriculture.  He later served several foundations that focused on world agricultural issues.

M.L. Wilson was president of the American Farm Economics Association in 1925 and was awarded an honorary doctorate from Montana State College in 1935.

This distinguished lecture is sponsored by the MSU Wilson Lecture Fund and the Department of Agricultural Economics and Economics, MSU. The lecture brings renowned scholars to give a public address on agricultural economics and economics issues related to the Montana community. The Lecture was established in 1974 by Friends of Professor M.L. Wilson (1885-1969), a Montana homesteader, a 20-year member of MSU faculty (1913-1933), the first head of this department, and Assistant Secretary of Agriculture in the FDR Administration. The Seminar Series Fund is administered by the MSU Foundation. All M.L. Wilson lectures are open to the public.