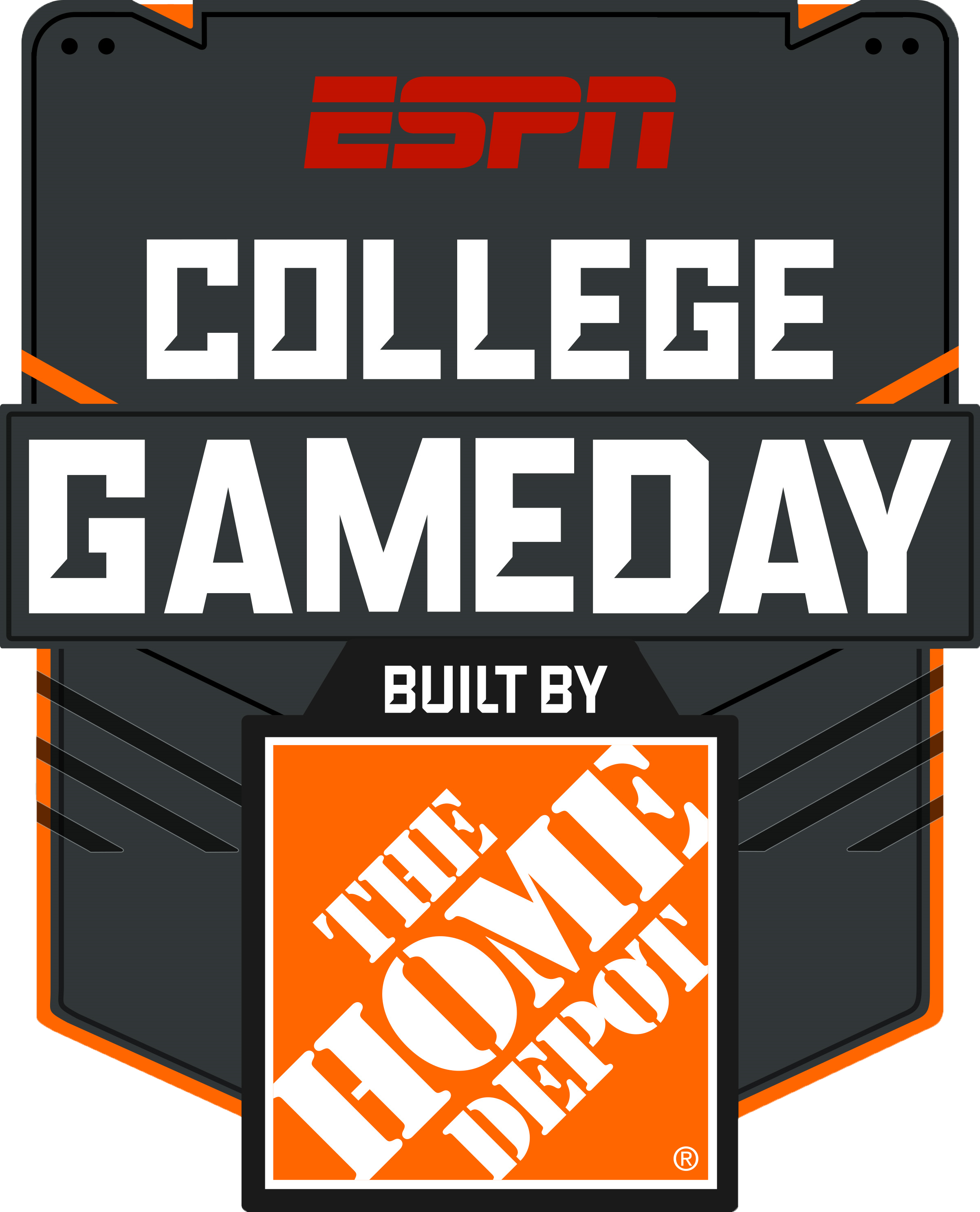 For the first time ever, ESPN’s College GameDay is headed to Bozeman, Montana, to feature the 121st edition of the Brawl of the Wild football game between Montana State University and the University of Montana. 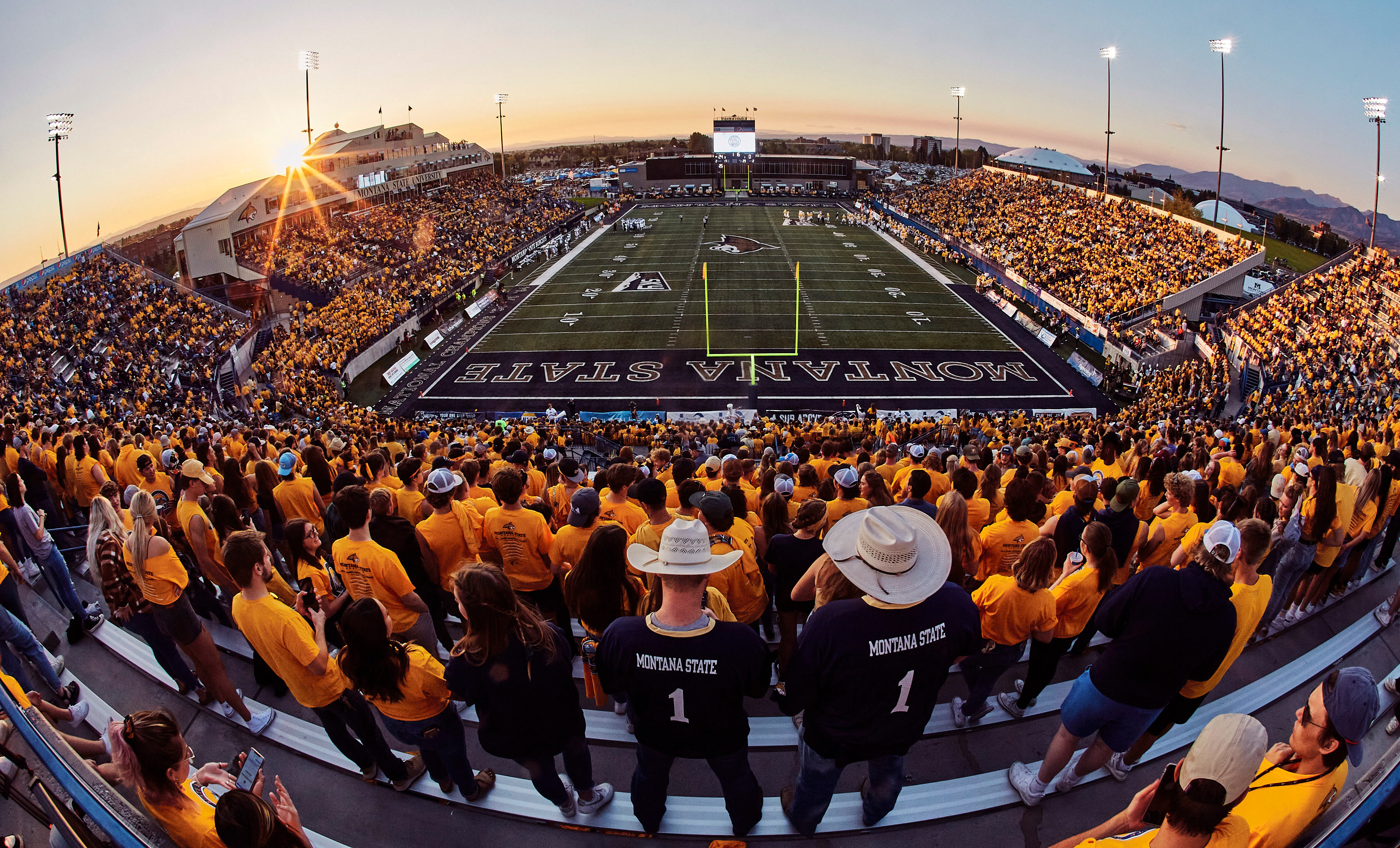 Stop by the SUB Union Market fireplace room to make your College GameDay poster and support your Bobcat team. Poster making is a GameDay tradition, so get ready to show the world that Montana State pride runs deep.

Give the ESPN GameDay crew a big Bobcat welcome as they make their way through Bozeman.

4:30 p.m. MST at the Brick Breeden Fieldhouse. All are invited to attend.

ESPN’s College GameDay will be held at MSU’s Dyche Field from 7 to 10 a.m. MST. Gates open for the show at 5 a.m., and space is first-come, first-serve. Dyche Field is across the street from Bobcat Stadium on the northwest corner of Kagy Boulevard and Seventh Avenue. Get more details.

Be prepared for cold weather Saturday morning with appropriate winter clothing! Need Cat gear to keep you warm? Visit any of these retail outlets to get everything you need to show your Bobcat pride.

Brawl of the Wild Game

12 p.m. MST Kickoff Watch the Montana State Bobcats and Montana Grizzlies go head-to-head in the annual Brawl of the Wild game. Learn more about Cat-Griz events, including where to watch.

Brawl of The Wild

The Brawl of the Wild is one of the oldest college rivalry games in the nation and the most anticipated afternoon of the year for Montana college football fans.

The two campuses’ teams first faced off in 1897. Since then, Cat-Griz has become a fierce, yet friendly, annual tradition that Montanans across the state hold dear. Since 1997, the game has been officially known as the Brawl of the Wild. It is the fourth oldest Football Champion Subdivision rivalry in the U.S., and since 2001, the winner of the matchup has received the famed Great Divide Trophy.

The matchup has been the final game of the season for both teams since 1993, and it has often had implications for the Big Sky Conference championship and that title’s automatic bid to the NCAA Division I Football Championship playoffs. As of last year, the game has been played over 120 times. 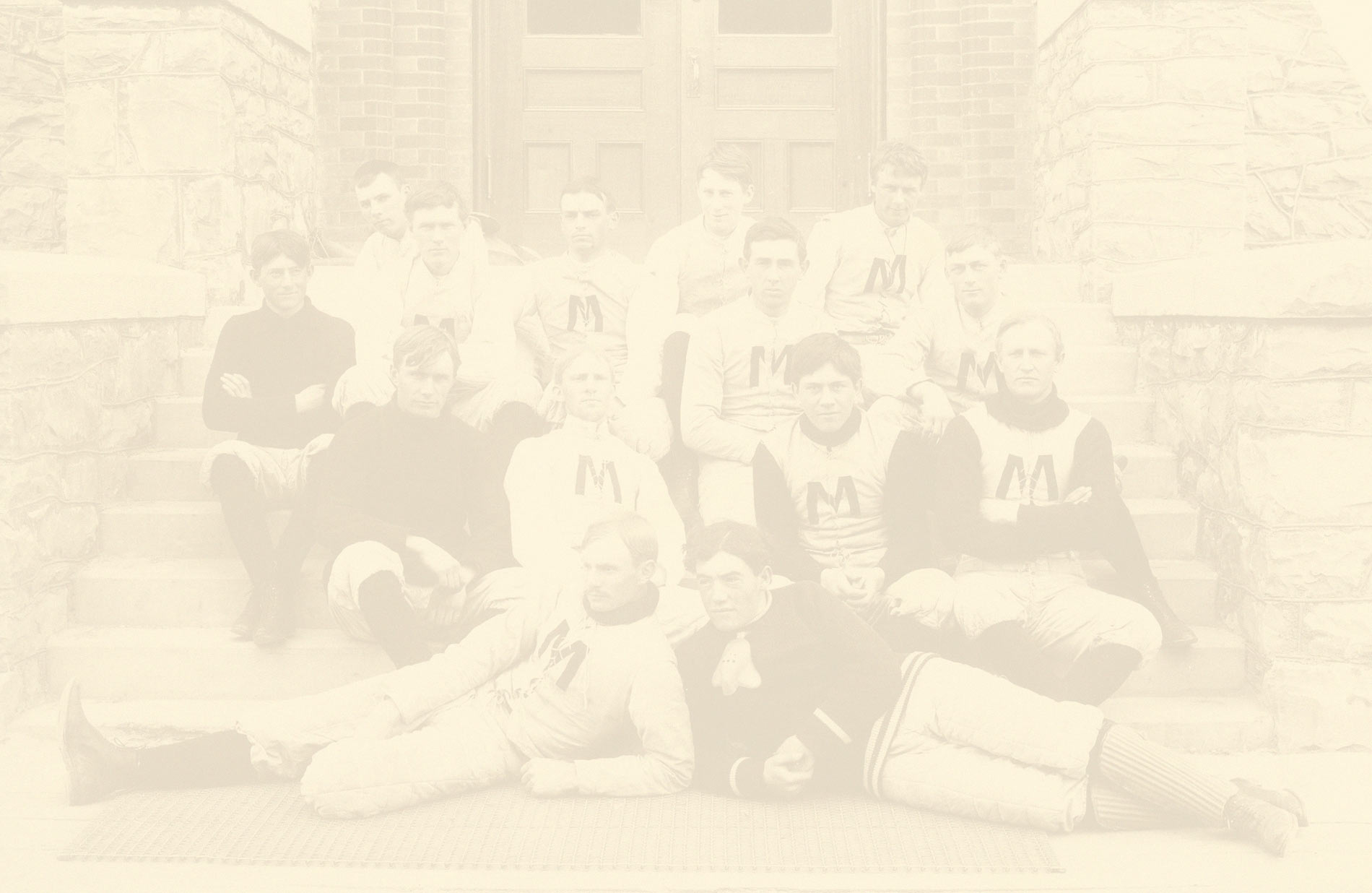 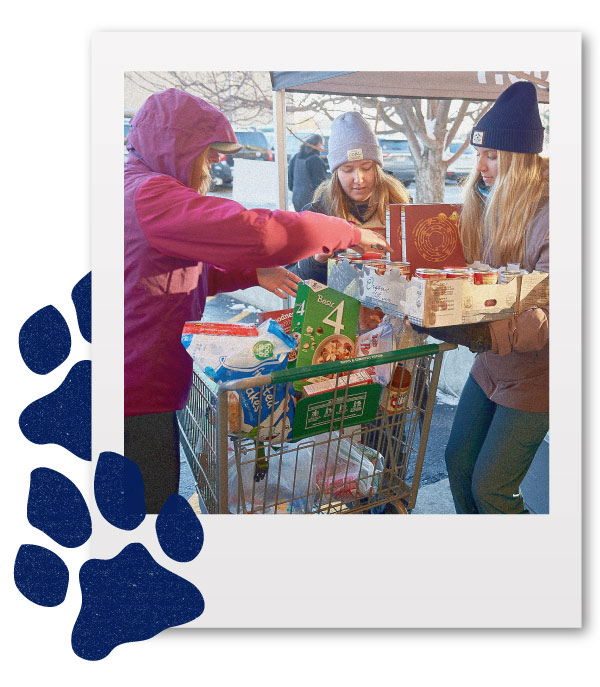 Can the Griz is a friendly off-field competition between MSU and the University of Montana to see which school can collect the most donations for its local food bank. For two weeks each year, pounds of non-perishable food items and dollars donated are added together until the end of the first quarter of the Brawl of the Wild football game, where the winner is announced. Last year, both schools collectively brought in the equivalent of 1.2 million pounds of food for Montana families in need. MSU has won the competition 18 out of the 22 years it has been held.

Be the Hero of your own adventure at Montana State University 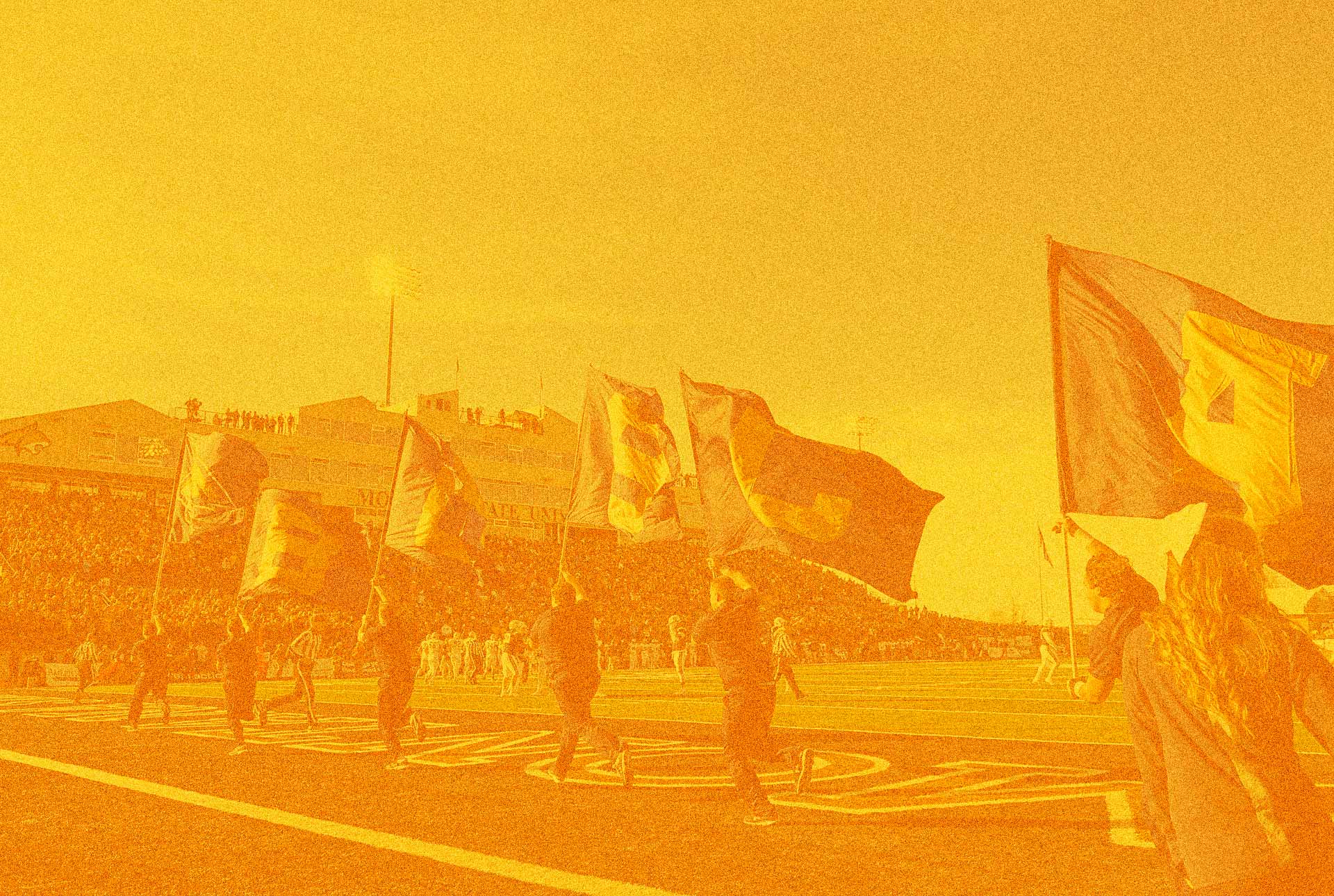 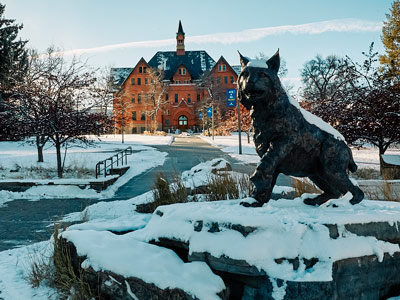 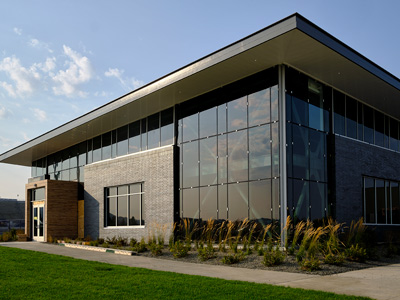 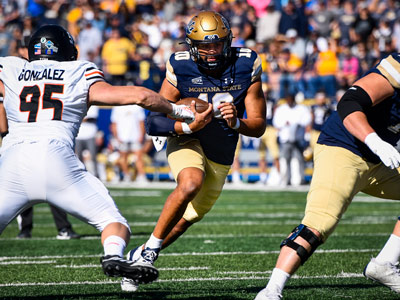