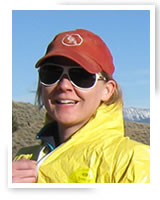 Species distribution models are commonly built to predict and map the probability of occurrence of a species of interest.  Models describing the geographic distribution of non-indigenous plant species have been promoted as a tool for targeted monitoring for new weed populations.  To date, however, there has been little attempt to link plant population dynamics or response to weed management techniques with predicted probabilities of occurrence.  Part of my research focuses on characterizing the temporal and spatial dynamics and response to herbicide treatment of three invasive plant species, Linaria dalmatica, Bromus tectorum, and Cirsium arvense, across their gradients of predicted probabilities of occurrence within areas of the Greater Yellowstone Ecosystem.

A recent wave of literature pertaining to species distribution modeling focused primarily on prediction sparked my interest in elucidating explanations for patterns of non-indigenous plant distributions.  Correctly specifying models whose purpose is to explain rather than predict could yield generalizations that are useful for tracking and predicting changes in species distribution patterns in response to changes in climate and land use.  If we ever hope to link plant species distribution patterns with processes, we must first clearly define the how their patterns of presence and absence vary with available geographic environmental data and build models that adequately explain those responses.  A major portion of my research centers on explaining patterns of non-indigenous plant species by characterizing their proportions of occurrences in response to environmental and land use variables.

Publications while with our WIPEM group: