The Center for Bilingual and Multicultural Education

The Center for Bilingual and Multicultural Education (CBME) has been revitalized to support the Montana State University (MSU) community and tribal nations across Montana by generating multiple funding streams focusing on the following program areas: revitalization and maintenance of Indigenous languages, facilitation of culturally responsive pedagogy in k-12 schools including the integration of Indian Education for All across the curriculum in all content areas and at all levels, academic support for American Indian English Language Learners, as well as a variety of projects designed to promote social justice by increasing cultural sensitivity. 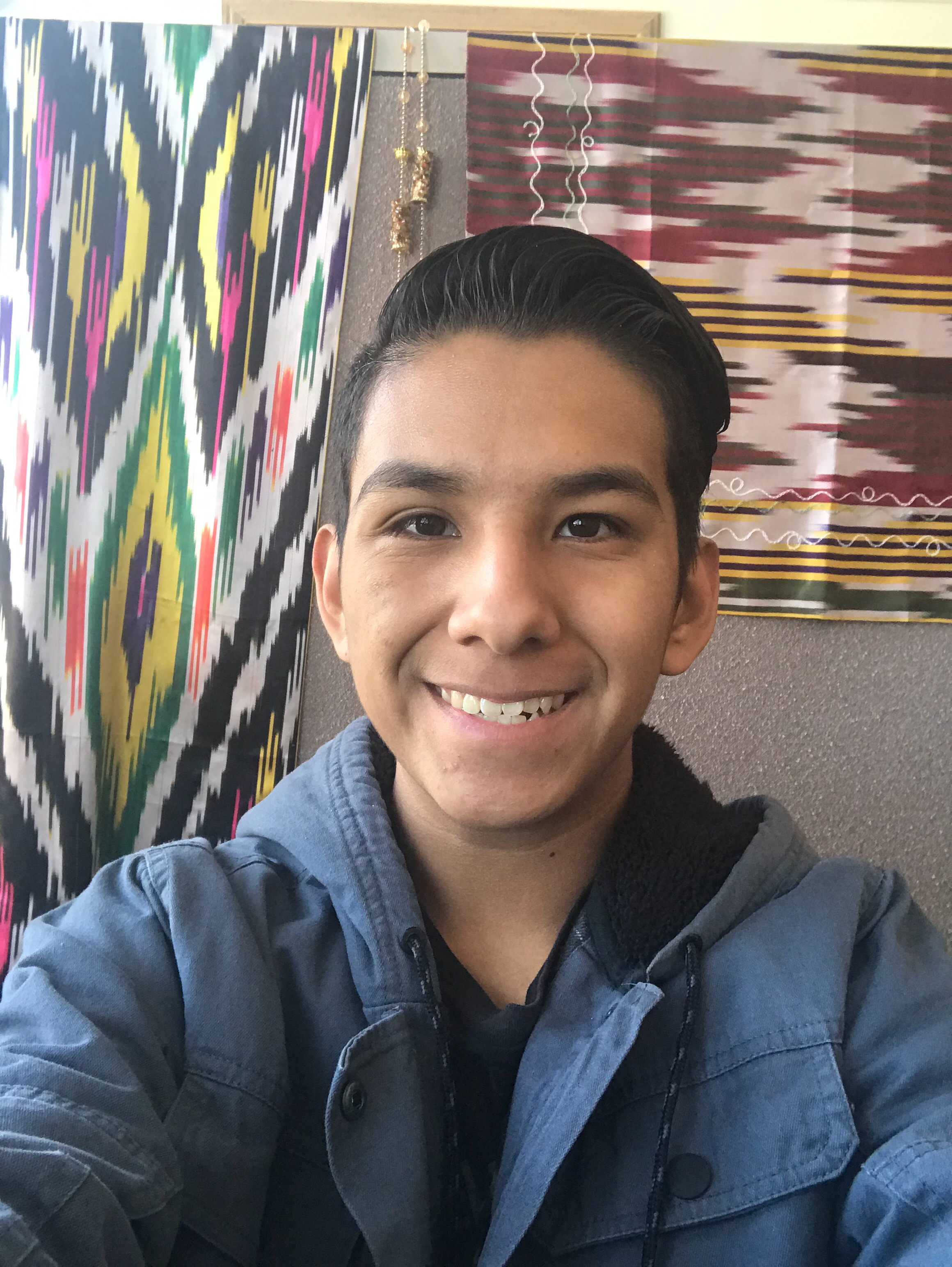 On September 19, 2016 we were notified that the Center for Bilingual and Multicultural Education was awarded $2.7 million to recruit and educate 60-90 middle and high school teachers from schools across Montana with significant proportions of American Indians and others identified as Limited English Proficient students (LEPs) in hopes of raising the academic achievement of these students. The MontTELLs grant project seeks to provide professional development and mentoring to the participants in each of two interventions. In order to determine the most effective way to support teachers of LEPs, schools will be randomly assigned to one of two programs and all participants in that school will receive the intervention randomly selected for that school. Using this cluster-randomized clinical trial design we hope to be able to provide causal evidence regarding the efficacy of the interventions. One intervention will consist of an intensive five-week online course addressing language acquisition theories and instructional strategies for teaching LEPs followed by mentoring. The second intervention will consist of 12 credits of graduate study coursework towards a Culturally and Linguistically Diverse Education Certificate spread over two summers with mentoring sandwiched in between during the academic year. Over the five years of the grant, we will recruit participants from the secondary schools of our consortium member school districts to participate in one of three cohorts. Each cohort will consist of 20-30 participants of which about half will come from schools randomly selected for one of the two intervention groups.

On September 25, 2016 we were notified that the Center for Bilingual and Multicultural Education was awarded almost $1.3 million to recruit, educate, certify, place and induct 25 American Indian educators as school administrators.  This grant in partnership with Little Big Horn College (LBHC) implements an innovative approach to preparing school administrators capable of meeting the demands for instructional leadership in schools with high populations of American Indian students while evaluating best practices in preparing and development American Indian school leaders. This project will continue the work of three highly successful Indian Education Professional Development grants that trained and certified over 100 school administrators of which over 85% have been placed and inducted throughout the Northern Plains, Alaska, and across the U.S. The approach integrates problem-based, authentic instructional methods, extended field experiences, and American Indian traditional leadership styles to contextualize leadership preparation for rural schools in and around the Indian Reservations of Montana, South Dakota, North Dakota and Wyoming. These elements reflect scientifically-based, best practice methods in principal preparation programs. This project combines standards-based instruction, public school improvement, and traditional cultural models of leadership; integrating the knowledge of university scholars, tribal elders and experiences of American Indian school leaders; while establishing networks of support that serve participants from program admission to mastery of their role as an educational administrator.

The purpose of the ILEAD project is to recruit, educate, certify, and place American Indian educators into administrative positions in schools with high populations of American Indian students. American Indian educators participating in the program earn graduate degrees (Masters, Educational Specialist, and Doctoral degrees) as well as fulfilling state licensure requirements for k-12 Principal or School Superintendent. The curriculum focuses instruction on local school improvement initiatives through problem-based learning assignments. Each candidate is assigned a mentor who is an experienced administrator. Classes are delivered during the school year using computer-based instruction and summer classes are held on the MSU campus in Bozeman, Montana. Since the inception of the program, more than 100 American Indian educators have completed the program and most are currently serving as principals, school superintendents, or tribal, state, or federal education officials in Montana, South Dakota, North Dakota, Alaska, Wyoming and Washington, D.C.

In April 2016, we were awarded a Spencer Foundation grant. To keep in line with the expressed purpose of Spencer funded conferences, we assembled scholars/experts “with substantive knowledge, theoretical insight and methodological expertise” in Indigenous language immersion teaching and learning in an effort to support our language and culture teachers in Montana and assemble ways “that build upon and reach beyond familiar modes of thinking concerning problems in education research.” The Center for Bilingual and Multicultural Education at Montana State University was happy to host the Immersion Programs Conference: Revitalizing Endangered Indigenous Languages this summer in Bozeman, July 25th-27th to support our Class 7 teachers and other language instructors and help them develop or expand their immersion language programs.

Indian Education For All (IFEA)

Past IFEA Workshops can be found here.

The most recent annual Indian Education for All (IEFA) professional development conference for K-12 teachers was held in late June 2015 with 31 participants, all scholarship recipients who had attended Carjuzaa’s NASX graduate online course titled, Indian Education for All: A Model for Culturally Responsive Pedagogy. This annual conference brings teachers from Montana schools to Bozeman and shows them how to incorporate Indian education into their classroom curriculum. This is the second Title II: Improving Teacher Quality grant on IEFA Carjuzaa has been awarded. To date, 60 k-12 teachers have participated in the NASX courses and attended the summer conference. Ed Schupman, Director of Education at the National Museum for the American Indian, Jennifer Stadum, IEFA Implementation Specialist from the Office of Public Instruction, and Michael Munson, ILEAD student and instructor at Salish Kootenai College, were among the speakers.

The fall 2015 annual Indian Education for All (IEFA) professional development workshop focused on Native American Studies (NAS) graduate courses at MSU that support the implementation of IEFA. The full-day workshop, facilitated by Dr. Jioanna Carjuzaa, featured faculty who presented overviews of the classes they teach for the 12 credit, graduate online certificate in NAS. To conclude, a panel of instructors and moderator Dr. Walter Fleming, NAS department head, discussed the challenges and benefits of conducting classes online.

The Digital Storywork Project for Revitalization of Indigenous Languages

The CBME is located on the fourth floor of Reid Hall on the west side of the building in room 418. The CBME is a great place for students to come study and is open to everyone. To find Reid Hall click here to open in Google Maps. Still lost or have a question? Please call us! (406) 994-6847

They join us for CBME Thursdays. Come enjoy food, games, discussions, and more!

Here are the benefits of choosing to study at the CBME: 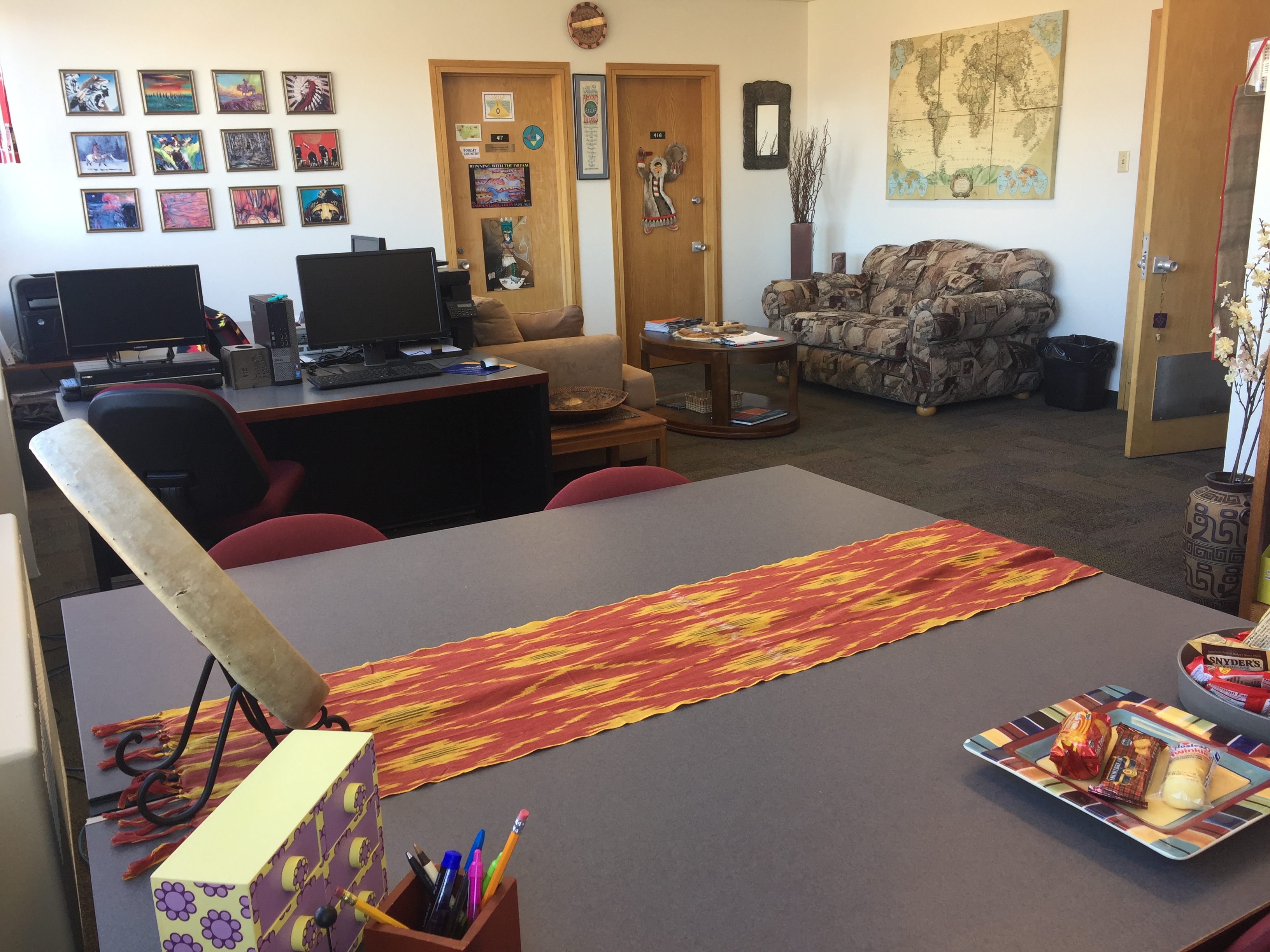