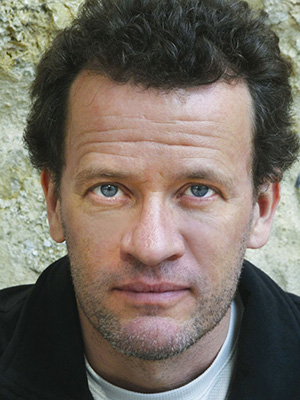 Brick Breeden Fieldhouse
Free and open to the public, doors open at 6:30pm

Tickets are available at all Bobcat ticket outlets including: the Bobcat Ticket Office, Rosauers, the AskUs Desk at the SUB, by calling 994-CATS or (800)325-7328 and online at www.ticketswest.com. There will be a handling charge per ticket for tickets ordered over the phone, online or at Rosauers. There will be a limit of four tickets per person.

Yann Martel, the Canadian author who wrote Life of Pi, will speak at Montana State University's 2013 Fall Convocation, set Sept. 5. The world-wide bestseller was the winner of a Man Booker prize and was made into an Academy Award-nominated film directed by Ang Lee. Martel's speech will also kick off MSU's "Year of Engaged Leadership," an initiative that will encourage the MSU community to become better everyday leaders.

Martel achieved worldwide acclaim with the publication of his novel Life of Pi, which was published in 46 countries, and became an international bestseller, with more than 7 million copies sold. The director Ang Lee adapted the novel to the silver screen in 2011. The film was nominated for 11 Academy Awards. 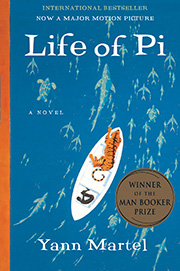 Martel has published six books of fiction. In addition to the Man Booker Prize, Martel has received the Asian/Pacific American Award for Literature, the Hugh MacLennan Prize for Fiction and the Journey Prize.

In April 2007, he embarked on a working project, What Is Stephen Harper Reading?, in which he sent the prime minister of Canada, a book every two weeks exploring "stillness" and the importance of literary culture, with an accompanying explanatory letter. He posted his letters, book selections, and any responses to a website devoted to the project, which are now available on the MSU Library website. A collection of the first 55 letters to Prime Minister Harper, What is Stephen Harper Reading: Yann Martel's Recommended Reading for a Prime Minister and Book Lovers of All Stripes, was published in 2009.

Martel moved to Saskatoon, Saskatchewan, in September 2003, where he lives with his partner, the writer Alice Kuipers, and their children. Martel is a visiting scholar at the University of Saskatchewan.

All students are invited to apply to participate in a master class with the 2013 Freshman Convocation Speaker, author Yann Martel on Thursday, September 5th, at 4:00 PM in the Procrastinator Theater. Applicants are advised to have read the text before submitting an application. Students will be informed of their status on or before Monday August 26th, 2013 and must be also available for a pre-master class on Thursday, August 29th at 4:00 pm. Please direct any questions to: [email protected] or [email protected].

MSU is now accepting short fiction, essays, and poetry for a competition celebrating author Yann Martel's presence at the 2013 Freshman Convocation. Winners will be honored at our Writer's Voice reception on September 5th, 3:00 - 4:00 PM in the MSU Library. Yann Martel, author of Life of Pi, will present the awards and will speak at Convocation that evening. This competition is co-sponsored by the MSU Writing Center, the MSU Library, and the Bozeman Public Library Foundation. Students will be informed of their status on or before Monday August 26th, 2013. Please direct any questions to [email protected] or call Catherine Johnson at (406) 994-7835.