How technology can trick us

By Kristen Intemann, Professor of Philosophy, Department of History & Philosophy

Is this photo of Obama real?

It is in fact real... in this case... and was taken by Pete Souza (the former Chief Official White House Photographer for U.S. Presidents Ronald Reagan and Barack Obama). 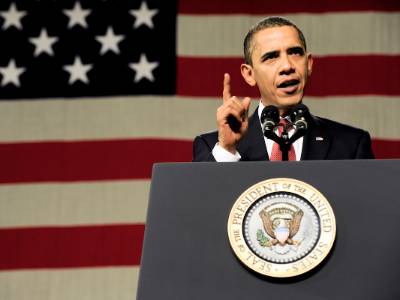 But, advancements in computing, artificial intelligence and machine learning are enabling sophisticated manipulations of images and videos.  "Deep fakes" are video manipulations that make it look as though people said or did things they did not.  Deep fakes are increasingly difficult to identify and there are concerns that this technology might have harmful consequences.

Click here for a PBS video about deep fakes, how the technology works and why we should be concerned (closed captions and full transcript also available).

Sites such as Twitter and Reddit have banned deep fake videos, but computer generated videos, altered images, and audio manipulations can be very difficult to identify because they are quite realistic.  Computer scientists have developed some tools for detecting manipulations in videos, though they are racing to keep pace with the advances in deep fake technologies.  And, deep fakes can be rapidly spread through social media before they are identified.

In addition, it is important to know where a video or image is coming from and whether it is being sent or posted by a reliable source.  Typically, if the content of a video is reliable, you will be able to find the content and news reporting about it on multiple reliable and independent sources.