Autonomous instrumentation will be deployed in selected lakes of Taylor Valley, Antarctica, to collect the first below−ice suite of physical, chemical and biological data during the polar night. Our proposed research will test the overarching hypothesis that the winter darkness induces a cascade of physiological changes that alters the biodiversity and functional roles of autotrophic and heterotrophic microplankton within the lakes.

These lakes are considered among the closest earthly analogues to conditions that once existed on Mars (McKay and Davis 1991, Doran et al. 1998, McKay et al. 2004, Cabrol and Grin 2005) and have particular relevance to the potential habitability of Europa, which has a unique combination of an actively recycled ice shell covering a vast body of liquid water, and a rocky interior that may produce a geochemical system suitable to life (Priscu and Hand, 2012, Hand and Chyba 2009). Our results will provide the data to examine microbial diversity and function beneath Earth’s permanently ice-covered polar lakes during complete darkness that can be used to draw testable hypotheses and aid in instrument development in future missions to the ancient lake beds of Mars, and to extraterrestrial bodies such as Europa that harbor sub-ice water bodies. 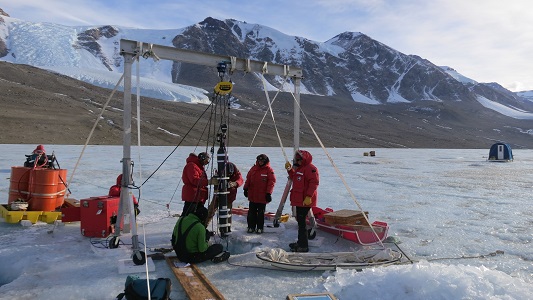 Autonomous Lake Profiling and Sampling (ALPS) stations will be deployed in the east and west lobes of Lake Bonney. These stations will add to existing LTER monitoring equipment and will consist of ice−tethered profilers, phytoplankton samplers, and remote−access samplers, along with requisite power and communication. The stations will operate year−round. 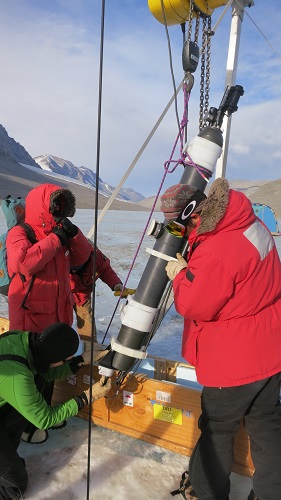 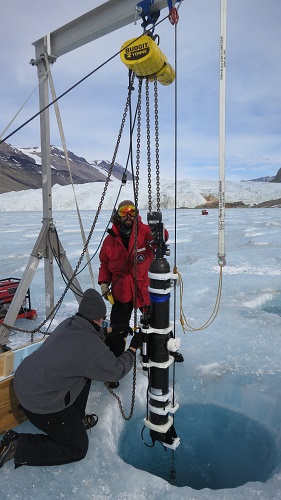 Our overarching theme will be addressed through an interdisciplinary study of selected biological components of the lakes using genomic and physiological tools to understand not only how individual organisms survive, but how they control ecosystem function during the seasonal transition from 24 hour sunlight to complete darkness. Our results will be fundamental to understanding polar aquatic ecosystem diversity and function. 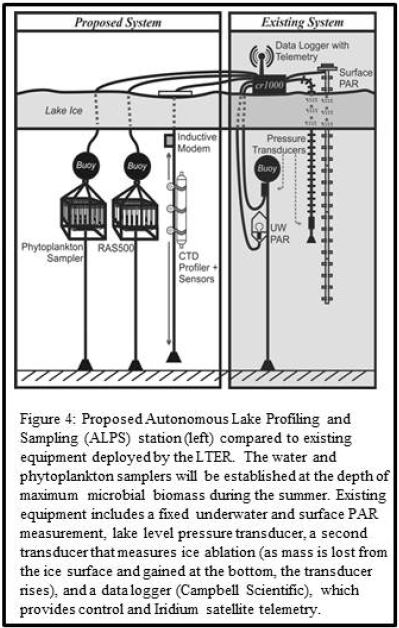