A promise kept and a dream fulfilled.

Celebrate the grand opening of Montana State University’s American Indian Hall at 10 a.m. Saturday, Oct. 16, at the building’s site on east side of campus.

The grand opening event will begin shortly before 10 a.m. with a ceremonial procession from the American Indian Resource Center — a 1,100-square-foot room in the basement of Wilson Hall that has housed Indian student activities since 1974 — to the new building on the east end of the university’s Michael P. Malone Centennial Mall.

The speakers will be followed by a procession into the building followed by public tours of the structure. 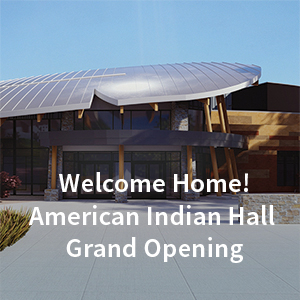