Emerson Center for the Arts and Culture Crawford Theater

Award-winning and prolific author, poet, and screenwriter Sherman Alexie was named one of The New Yorker's 20 top writers for the 21st century. The New York Times Book Review described him as "one of the major lyric voices of our time," and Men's Journal called him "the world's first fast-talking, wisecracking, mediagenic American-Indian superstar."

Much of his writing draws on his experiences as a modern Native American. Author of 24 books, Sherman's best known works include The Lone Ranger and Tonto Fistfight in Heaven, Smoke Signals, and The Absolutely True Diary of a Part-Time Indian. He lives in Seattle, Washington with his family.

The President's Fine Art Series is brought to you by the Montana State University Office of the President and the College of Arts & Architecture.

Free and open to the public. No tickets needed. 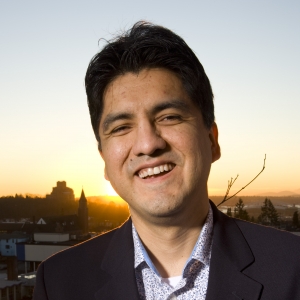