Writing the West: A Conversation and Readings with Rick Bass

Please join us for an evening with award-winning author Rick Bass as he discusses reading, writing and the peculiar intensity of Montana homesickness.

Montana State University’s College of Letters and Science will sponsor the event, “Writing the West: A Conversation and Readings with Rick Bass,” which will also feature special guest and interviewer Scott McMillion, editor-in-chief of the Montana Quarterly magazine. Bass will participate in a book signing at the Country Bookshelf immediately following the talk. Both events are free and open to the public.

The event kicks off Bass’ term as the first writer-in-residence in the MSU College of Letters and Science. During his recently announced three-year appointment, Bass will teach advanced creative writing for the Department of English as well as conduct creative writing workshops.

A native of Texas and a former petroleum geologist, Bass is the author of four novels, five collections of short stories and 16 books of nonfiction. He is the winner of dozens of awards and prizes, including O. Henry Awards and Pushcart Prizes, and he has received Notable Book of the Year honors from the Los Angeles Times and the New York Times, as well as Best Book of the Year from the New York Times. He has been published and anthologized in “Best American Short Stories,” “Best American Science Writing,” The Paris Review, The New Yorker and Atlantic Monthly, among many other publishing venues. The New York Times Book Review has called Bass “one of this country’s most intelligent and sensitive short story writers.” Author Carl Hiassen has said that, “Rick Bass is a national treasure.”

A Montanan since 1987, Bass spent many years in the Yaak Valley in the northwest corner of the state, writing books and stories as well as working for the preservation of the valley’s roadless areas. His wide-ranging concern for wild places is reflected in much of his fiction and non-fiction work, including “Brown Dog of the Yaak: Essays on Art and Activism,” “The Lost Grizzlies: A Search for Survivors in the Wilderness of Colorado,” “Caribou Rising: Defending the Porcupine Herd, Gwich-in Culture, and the Arctic National Wildlife Refuge” and “Where the Sea Used to Be,” a novel that emerged from his experiences as a petroleum geologist. 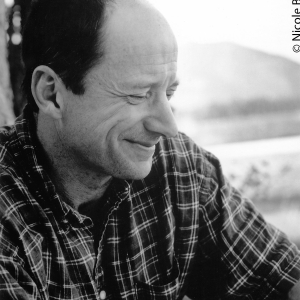