Brian Regan at the Brick Breeden

Brian Regan has distinguished himself as one of the premier comedians in the country, blessed with the ability to turn the most mundane situations into side-splitting stand-up material. With his first appearance on The Late Show with David Letterman in 1995, Brian solidified his place on the show and recently made his 26th appearance. He has released two critically acclaimed Comedy Central specials – 2008's "The Epitome of Hyperbole," and 2007's "Brian Regan Standing Up." 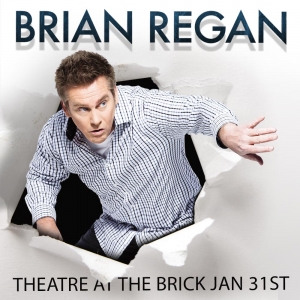