Brief Abstract:  In classic experiments, Aristotle (384-322 BC) dissected bird eggs over the course of their development and concluded: “Generation from the egg proceeds in an identical manner with all birds, but the full periods from conception to birth differ, as has been said. With the common hen after three days and three nights there is the first indication of the embryo; with larger birds the interval being longer, with smaller birds shorter.” Aristotle then went on to describe timing of appearance of various organ systems and concluded that when the egg is 10 days old, all of “its parts are distinctly visible.” Remarkably, Aristotle posited that the core programs of development might be conserved across many species including humans though timing differs. Since these early experiments, it has become clear that timing matters. If two cells pass each other by, in time or space, the opportunity to form connections and to impact fate of a neighboring cell during development, may be forever lost. Our work has identified key regulators of timing in human development.  We suggest that disturbances in timing are a major cause of phenotypic variation associated with common human characteristics and human disease. I will discuss the research in my laboratory and also the career path taken and importance of timing in career development.

Brief Biography:  Dr Reijo Pera is the Vice President of Research and Economic Development and a Professor in the Department of Cell Biology and Neuroscience and the Department of Chemistry and Biochemistry at Montana State University.  Prior to joining Montana State University, she was the George D Smith Professor of Stem Cell Biology and Regenerative Medicine and directed the Center for Reproductive and Stem Cell Biology in the Department of Obstetrics and Gynecology, as well as the Stanford University Doctoral Graduate Program in Stem Cell Biology and Regenerative Medicine and the Stanford University Center for Human Embryonic Pluripotent Stem Cell Research and Education. She has received numerous awards for her work including the American Stem Cell Research Foundation Award, Outstanding Faculty Mentor Award, American Society for Reproductive Medicine Bruce Stewart Award, and was cited by Newsweek magazine as one of twenty influential women in the USA for her work in understanding human development and Time Magazine recognized her laboratory for one of the top ten “medical breakthroughs of 2010.” Her laboratory is focused on understanding how cell fate decisions are made in the embryo, in particular how particular cell lineages are formed from pluripotent stem cells. 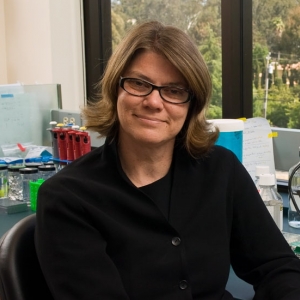