The word Bastille brings to mind revolution, change and the storming of the old by the spirit of the new. When London-based singer/songwriter Dan Smith called his band Bastille, he was merely thinking of his birthday, July 14, France's Bastille Day. But for one of the biggest British acts in the world right now, with hindsight Smith's choice seems an ominously apt metaphor for their dramatic impact.

The omens that Bastille would make an indelibly huge mark were there long before their 2013 debut album 'Bad Blood' entered the UK charts at number one. Formed by Smith after recruiting keyboard player Kyle Simmons, bassist Will Farquarson and drummer Chris 'Woody' Wood, while they only pressed 300 copies of their 2011 independent debut single "Flaws," its accompanying video, edited by Smith using clips from Terrence Malick's 1973 cult classic 'Badlands,' scored half a million hits on YouTube. Signed by Virgin Records and tipped by a vociferous network of discerning bloggers, after three singles they were selling-out their first headline UK tour before their album was even released. "It was totally unexpected because we'd never discussed any big ambitions," says Smith. "With that tour, when we sold out two nights at Shepherd's Bush Empire we thought, 'Whoa, this is ridiculous!' I don't think we ever imagined it getting any bigger than that."

But it did. Infectious fourth single, "Pompeii," has become one of the alternative anthems of the last few years, selling more than ten million singles worldwide, and being the no.1 rock song on American radio in 2014.

The album, 'Bad Blood,' followed, smashing in at number one in the UK charts and staying in the top twenty for 2 years. It achieved double platinum status in the UK, and gold in the US. It was the most downloaded album of 2013, and the second most-streamed, it's since sold over 3.5 million copies worldwide. 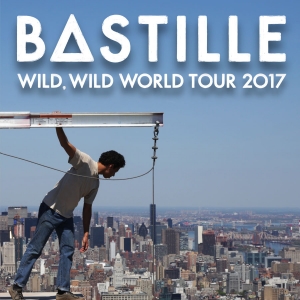