Willy Vlautin, an American novelist and lead singer and songwriter for the band Richmond Fontaine, will present "How a Song Becomes a Novel" as part of the College of Letters and Science's Distinguished Speakers Series.

In this talk, Vlautin will explore the intersection of songwriting and fiction writing, read excerpts from his novels, and play a few songs that inspired his novels.

Born and raised in Reno, Nev., Vlautin started playing guitar and writing songs as a teenager and quickly became immersed in music. Vlautin founded the band Richmond Fontaine in 1994. The band has produced ten studio albums to date, plus a handful of live recordings and EPs. Driven by Vlautin’s dark, story-like songwriting, the band has achieved critical acclaim at home and across Europe, The Independent calling Vlautin, “The Dylan of the Dislocated.” In 2014, Vlautin’s new band, The Delines, debuted featuring vocalist Amy Boone (The Damnations). Their album, Colfax, received rave reviews from across Europe and the United States. Uncut gave it 9/10 stars and praised its “widescreen romanticism,” calling it “the richest collection of songs Vlautin has written.” The Delines sold out venues on their first UK and Irish tour and have subsequently had successful tours in Europe and Australia.

Vlautin has authored four novels. The Motel Life was released in 2007 and was a New York Times Editor's choice and notable book. In 2013, the book was made into a major motion picture starring Dakota Fanning, Emile Hirsh, Stephen Dorff and Kris Kristofferson. His second novel, Northline, was published in 2008 and his third novel, Lean on Pete, was published in 2010. Lean on Pete won the Ken Kesey Award for Fiction, was short-listed for the IMPAC award, and is currently being made into a major motion picture starring Steve Buscemi and Chloe Sevigny. His most recent novel, The Free, was published in 2014 and was honored with the Oregon People’s Choice Award.

The talk will be followed by a book-signing in the lobby of Gaines Hall.

This talk is sponsored by the Department of English with support from the College of Letters and Science. The talk is cosponsored by KGLT and the Western Lands and Peoples Initiative.

Vlautin will also be doing a master class with students on Wednesday, March 29, 3:10-4 PM in Wilson Hall 1-142. If you would like to attend this class, please contact the English Department office at 994-3768 to be added to the class. 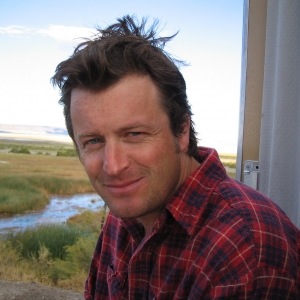