Michael Punke, author of “The Revenant” and a former deputy U.S. Trade Representative and U.S. Ambassador to the World Trade Organization, will present "Last Stand: George Bird Grinnell, the Battle to Save the Buffalo and the Birth of the New West" as part of the Center for Western Lands and Peoples’ Perspectives on the American West Lecture Series.

In the last three decades of the nineteenth century, an American buffalo herd once numbering 30 million animals was reduced to twenty-three. It was the era of Manifest Destiny, a gilded age that viewed the West as nothing more than a treasure chest of resources to be dug up or shot down. Supporting hide hunters was the U.S. Army, which considered the eradication of the buffalo essential to victory in its ongoing war on Native Americans.

Into that maelstrom rode young George Bird Grinnell. A scientist and a journalist, a hunter and a conservationist, Grinnell would lead the battle to save the buffalo from extinction. Fighting in the pages of magazines, in Washington’s halls of power and in the frozen valleys of Yellowstone, Grinnell and his allies sought to preserve an icon. Grinnell shared his adventures with some of the greatest and most infamous characters of the American West—from John James Audubon and Buffalo Bill to George Armstrong Custer and Theodore Roosevelt. Michael Punke will discuss how the saga of Grinnell and the buffalo was the first national battle over the environment, and that Grinnell’s legacy includes the birth of the conservation movement as a potent political force.

Michael Punke is Vice President for Global Public Policy at Amazon Web Services. He has more than 25 years of experience in international trade and regulatory issues.

Punke served from 2010 to 2017 as Deputy U.S. Trade Representative and U.S. Ambassador to the World Trade Organization (WTO) in Geneva. He had lead responsibility for international trade negotiations including the Trans-Atlantic Trade and Investment Partnership, the Trade in Services Agreement, the Environmental Goods Agreement and all negotiations under the auspices of the WTO. He also led the negotiations resulting in the 2013 Trade Facilitation Agreement, the first fully multilateral agreement in the WTO’s twenty-year history, and the 2015 Information Technology Agreement, the first WTO tariff reduction agreement in seventeen years. During his tenure as U.S. ambassador, Punke engaged on a daily basis with counterparts from more than 160 countries, with particular focus on China, India, Brazil, and the European Union and its member states.

From 1998 to 2003, he was a member of the International Trade and Regulatory Practice Group at Mayer, Brown and Platte’s Washington office, including three years as partner.

From 2003 to 2010, Punke lived in Missoula, Montana, where he continues to keep his family home. He worked as a writer, consultant and adjunct professor at the University of Montana. He is the author of the novel, "The Revenant," which served as the basis for the award-winning film of the same name, as well as two works of narrative nonfiction and several screenplays. "The Revenant" has been translated into more than twenty languages and was an international bestseller, including four weeks as a #1 New York Times bestseller.

Punke's talk will be preceded by a booksigning and followed by a reception, both in the lobby of the Museum of the Rockies. Doors open at 5:15 PM.

This lecture is co-sponsored by the College of Arts and Architecture.

The American West lecture series features experts from around the country discussing the history, literature and culture of the West; issues affecting the wildlife and fisheries of the region; and the West’s geography, geology and resources. The series is co-sponsored by the Burton K. Wheeler Center and is a program of the Center for Western Lands and Peoples, an interdisciplinary research center within the College of Letters and Science that is focused on the places and peoples of the Western United States and Canada. 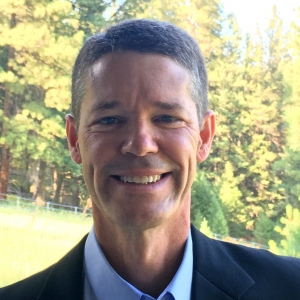