Heath Fogg Davis, an associate professor in the Department of Political Science at Temple University, will present "Beyond Trans: How Does Gender Matter?" as part of the College of Letters and Science's Distinguished Speakers Series.

In his book "Beyond Trans: Does Gender Matter?" Heath Fogg Davis pushes the conversation on gender identity to its limits: questioning the need for gender categories in the first place. Whether on birth certificates or college admissions applications or on bathroom doors, why do we need to mark people and places with sex categories? Do they serve a real purpose or are these places and forms just mechanisms of exclusion? Davis offers an impassioned call to rethink the usefulness of dividing the world into not just male and female categories but even additional categories of transgender and gender fluid. Davis, himself a transgender man, explores the underlying gender-enforcing policies and customs in American life that have led to transgender bathroom bills, college admissions controversies, and more, arguing that it is necessary for our society to take real steps to challenge the assumption that gender matters. This topic will be of broad interest to people in Montana, in the wake of the vote on Constitutional Initiative I-183.

Heath Fogg Davis is the undergraduate chair and associate professor of political science at Temple University. He earned his Ph.D. in politics from Princeton University. Prior to joining the Temple faculty, he was an associate professor of political science at the University of Wisconsin-Madison. He was a member of the groundbreaking James Weldon Johnson Institute Working Group on Black Lesbian, Gay, Bisexual and Transgender (LGBT) Civil Rights, which was the first U.S. working group bringing together activists and scholars to explore convergences and divergences between the African American civil rights movement and the Black LGBT civil rights movement. He is the author of "Beyond Trans: Does Gender Matter?" which was published by the New York University Press in 2017. The book offers concrete strategies to help organizations, schools and businesses of all kinds design better gender policies that are trans-inclusive and meet their specific goals.

This talk is sponsored by the Department of Political Science with support from the College of Letters and Science. 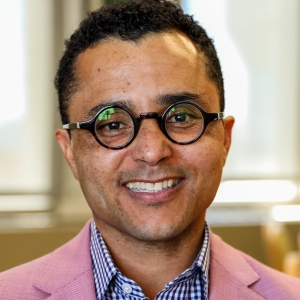