In the mid-1930s an idealistic patron of architecture boldly embraces modernism and sets out to change society by commissioning Richard Neutra’s first building on the East Coast.

Windshield: A Vanished Vision lands the viewer in the 1930s to reveal an intimate portrait of a client couple, a leading modern architect, and the story of the ill-fated house that they create. John Nicholas Brown's fascination with modernism, innovation and the rapidly-evolving American building scene spurs him to commission what he hopes will be a “distinguished monument in the history of architecture.” Brown and his wife Anne, herself a daring and eccentric figure, select the young and ambitious Richard Neutra to build them a house that they name “Windshield.” Patron and architect discuss every detail of the house’s design and together pursue cutting-edge technology, much of which had only previously been used in commercial architecture. Then, just weeks after the Browns move in, tragedy strikes.

Windshield: A Vanished Vision explores the impact of the house on Neutra’s career and takes the viewer on a journey with a couple caught between the values of their upbringings and their evolving social ideals. Visually supported by John Nicholas Browns’ evocative home movies, the film features a J. Carter Brown lecture about the summer house of his youth and voices of architectural historians such as Thomas S. Hines and Dietrich Neumann. Length: 46 minutes

Elissa Brown has a decade of experience in documentary film. She recently co-produced Vessel, which premiered at SXSW in 2014, and before that was the Associate Producer for By the People: The Election of Barack Obama (HBO, 2009). She has also directed and produced numerous short films for the Heinz Family Foundation since 2010. She graduated from Brown University and completed post-grad coursework at Duke University’s Center for Documentary Studies. This is her first feature film.

John C Brittingham, AIA NCARB is a registered architect and full professor of architecture. He received a Bachelor of Arts degree from Bowdoin College in 1979, a teaching fellowship from Bowdoin College in 1980, an internship with Peter Eisenman at the Institute for Architecture and Urban Studies in 1981, and a Masters in Architecture from the Graduate School of Design at Harvard University in 1987. John has practiced architecture in Boston with Machado-Silvetti, Antoine Predock Architect, FAIA in New Mexico and Los Angeles and has an additional twenty years of professional experience in Colorado, Montana, and Texas.

Professor Brittingham's research and creativity has been widely recognized and published in five international design competitions and includes original research on Richard Neutra's Helburn House in Bozeman, Montana. This work has been published in Architectural Digest and exhibited at the Chicago Architecture Foundation. He has spent the last fourteen years working in collaboration with Yellowstone National Park and JLF & Associates of Bozeman developing a new paradigm for approaching design work in the park system and has produced three books that have been instrumental in planning and design in Yellowstone. In addition, he has produced award-winning work with graduate students for The Kohala Center on the Big Island of Hawaii, and Grand Canyon National Park. John is currently working with graduate students and internationally acclaimed Zahner - Design & Fabrication developing a sense of entry to the creative arts complex at MSU.

Susanne Cowan is an Assistant Professor at the School of Architecture at Montana State University. She received her Ph.D. at University of California, Berkeley in the History of Architecture and Urbanism. Her research focuses on post-war urban design, particularly on how architects have addressed social issues such as low-income housing.

Cowan directed and produced an oral history documentary film, “Design as a Social Act,” which examines how designers since the 1960s have approached the social needs of users in participatory design processes. In her most recent work, she has been tracing the ways that planning policies in de-industrializing cities like St. Louis have promoted urban decay or gentrification. 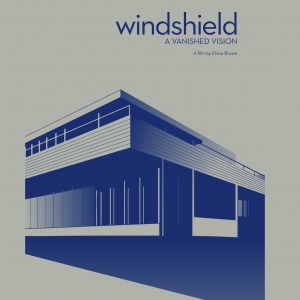