The Norm Asbjornson College of Engineering and the Honors College are honored to host a lecture by Maj. Gen. Donald Alston (ret.) entitled, "Great Power Competition, Nuclear Weapons and Montana." This lecture continues the discussion of nuclear weapons as presented in Maj. Gen. Alston's “Open Letter to the Commander-In-Chief, Deterrence and the ICBM:  A Practitioner’s Perspective.” a publication addressing the value the ICBM brings to US national security and our allies.

Major General Don Alston served 34 years in the Air Force before retiring in Cheyenne in 2012.  He commanded nuclear weapons units at a variety of levels, culminating in his command of the US ICBM alert force consisting of 3 wings operating, maintaining and securing 450 Minuteman III intercontinental ballistic missiles, and 9,600 airmen, civilians and contractors.  General Alston is an Adjunct Professor at the Air Force School of Strategic Force Studies and a Senior Fellow at the Potomac Foundation.  He is a graduate of the Air Force Academy; the National Security Management Course at the Maxwell School of Public Affairs at Syracuse University; and the Senior Executives in National and International Security Program at Harvard University’s John F. Kennedy School of Government. 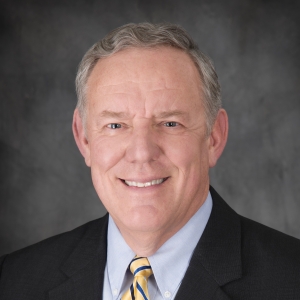