Talk begins at 5pm sharp, stick around after for a panel discussion recorded live for an episode of I Am Interchange

A former Montana cattle rancher, Howard Lyman is a world-renowned public speaker, author, and animal advocate. Lyman is the President of the NPO "Voice for a Viable Future”.
From 1963 to 1983 he was actively engaged in animal and grain production. The areas in which he was involved were dairy, pork, registered Hereford, chicken, range cattle, feedlot beef production, veal, grain, silage, and hay production. Circa 1990, again facing health concerns, he became a vegetarian and found his health improved. In 1989 Lyman had begun to investigate Mad Cow disease, which was just becoming an issue in the UK. He eventually became vegan. In April 1996 Lyman came to national attention during an appearance on The Oprah Winfrey Show. Lyman's remarks on the show led to Winfrey renouncing Hamburgers. The National Cattleman’s Beef Association sued Lyman and Winfrey. Both were found not guilty in 1998.
He has co-authored the book Mad Cowboy (1998) and co-authored No More Bull (2005). Lyman wrote the Foreword to Erik Marcus's book Vegan: The New Ethics of Eating (1998), and the 1st Vegan Pizza Cookbook, Mark Sutton's "Heart Healthy Pizza”. 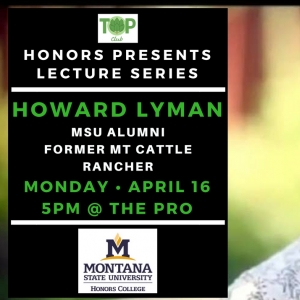