Keith Fargo, Director of Scientific Programs and Outreach, Alzheimer’s Association, will present "The Latest in Alzheimer's Research" as part of the College of Letters and Science's Distinguished Speakers Series.

Dr. Fargo received his Ph.D. from Indiana University and completed a postdoctoral fellowship at Loyola University Stritch School of Medicine. Before joining the Alzheimer’s Association, Dr. Fargo was a researcher with a focus on regenerative processes in the nervous system; he held appointments as a research scientist at the Edward Hines, Jr. VA Hospital Rehabilitation Research & Development Program and as an assistant research professor at the Loyola University Chicago Department of Molecular Pharmacology & Therapeutics.

This talk is sponsored by the Department of Psychology with support from the College of Letters and Science. 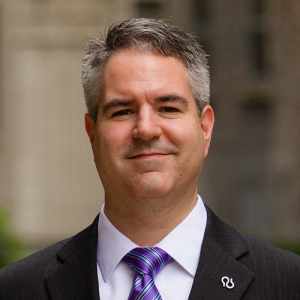