Montana State University School of Music is happy to host the Seraph Brass Quintet for a Concert at Hope Lutheran Church on Saturday, October 6th at 7:30 pm.  Tickets will be $10 for General Admission and $5 for Students.  Tickets can be purchased at www.ticketpeak.com/msumusic or at the door.

Seraph Brass has toured throughout the United States, Mexico, and Europe. They have performed multiple concerts at the Lieksa Brass Week in Finland, and they were the featured ensemble at the International Women’s Brass Conference. Seraph has performed concerts at the Forum Cultural Guanajuato in León, Mexico, Dame Myra Hess Concerts in Chicago (IL), Gettysburg Concert Association (PA), Norton Museum of Art in West Palm Beach (FL), SUNY Cortland (NY), Jamestown Concert Association (NY), and they have toured extensively as Allied Concert Services artists. Seraph is on the roster of the Manhattan Music Ensemble. They performed with the Rowan University Wind Ensemble, performing Rick DeJonge’s Prelude and Fantasy under the direction of Joseph Higgins. Many members of Seraph Brass have performed with Adele on her 2016 North American tour. 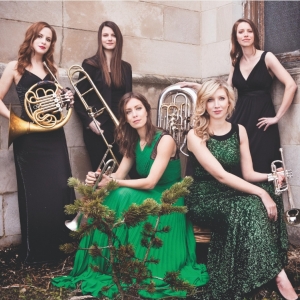