ARCTIC: Evening with the Experts

Meet some of Montana’s experts, researchers, and artists that work in the polar regions of the world. Hear their stories, examine their research, and see how their passion is contributing to our understanding of the Arctic and Antarctic. Each evening features multiple presenters. After the presentation, you are welcome to explore the two changing exhibitions, Polar Obsession and Into the Arctic. This event is free and open to the public.

Dr. John Priscu, MSU Regents Professor and polar ecologist studies the microbial ecology of icy ecosystems on Earth and beyond. He serves as co-director of the MSU Subzero Science and Engineering Research Facility and served as chief scientist on the WISSARD (Whillans Ice Stream Subglacial Access Research Drilling) project and currently serves as the chief scientist for the Subglacial Antarctic Lake Scientific Access (SALSA) project that will explore the hidden world beneath the Antarctic ice sheet in December 2018.  Priscu was named a fellow of the American Association for the Advancement of Science in 2006, a fellow of the American Geophysical Union in 2010, and in 2012 he received the International Medal for Excellence in Antarctic Research. During his tenure at MSU, Priscu has led numerous international research expeditions, including traveling to the Antarctic every year for the past 35 years, and his graduate students are recognized as the next generation of leaders in cold science. The initial discovery of microscopic life in the subglacial Antarctic waters was named one of the top science stories of 2013 by Discover magazine. In addition to his work in Antarctica, Priscu is currently working on projects in Greenland and the Himalaya, the latter of which he refers to as the third pole.  He is also actively involved in the search for life on Mars and the ocean worlds in the outer Solar System and is a member of working groups for the Mars 2020 and Europa Clipper missions.

Dr. Mark Skidmore, Professor in the MSU Department of Earth Sciences, studies the role of biogeochemical processes in the cryosphere. In particular, he focuses on microbially-mediated reactions in elemental (C, N, P, S, and Fe) cycling in glaciated systems and their impacts, both regionally and globally. The cold microbial habitats in subglacial systems Skidmore studies are also potentially good analog environments for icy systems elsewhere in the Solar System, e.g. on Mars and Europa - an ice-covered moon of Jupiter. Skidmore has 25 years research experience in glaciated regions in Alpine and Polar environments, leading research projects in the Canadian Rockies, Canadian High Arctic, Yukon, Alaska, Iceland, Greenland, Norway, Switzerland, and Antarctica.

Cost: Free and open to the public 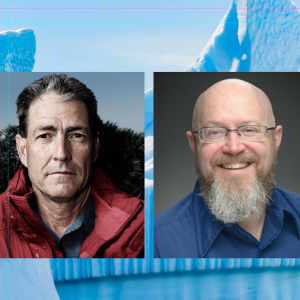