Join MontanaPBS for a New Season of Indie Lens Pop-Up

Presented by ITVS and MontanaPBS

Rumble: The Indians Who Rocked the World

a film by Catherine Bainbridge and Alfonso Maiorana

MontanaPBS is proud to announce that they are now a producing partner for Indie Lens Pop-Up for the 2018-19 season. This fall, join us at Montana State University in the VCB, room 182, for film screenings the first Monday of each month from 6:30-9:30pm. Each film will be accompanied by a speaker or speaker panel and moderated discussion.

Indie Lens Pop-Up is a neighborhood series that brings people together for film screenings and community-driven conversations. Featuring documentaries seen on the PBS series Independent Lens, Indie Lens Pop-Up draws local residents, leaders, and organizations together to discuss what matters most, from newsworthy topics to family and relationships. Make friends, share stories, and join the conversation. Can't attend in person? Find Independent Lens on Facebook for information on our online Pop-Up events. 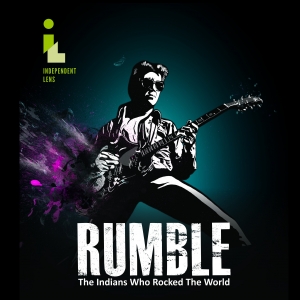