Paul van Erp, a doctoral student in the Department of Microbiology and Immunology and recipient of a 2017 Kopriva Graduate Student Fellowship, will present "Microbial Warfare Against Viruses" as part of the College of Letters and Sciences's Kopriva Science Seminar Series.

Bacteria are under constant threat of infection by viruses. To defend themselves against the viral threat, bacteria have evolved complex antiviral defense mechanisms. Van Erp’s research focuses on two of these defense mechanisms: CRISPR and Argonaute. CRISPR systems are adaptive immune systems that can recognize and destroy viral nucleic acids and have been repurposed as genome editing tools. Using a combination of structural, biochemical and genetic methods, Paul’s work has helped explain how the protein components of the Escherichia coli CRISPR system are able to recognize and destroy viral DNA targets. His work on adaptive immune systems led to an interest in a innate immune system of bacteria, Argonaute. Argonaute is a protein that is hypothesized to be an antiviral defense system that might have applications as a novel genome editing tool. Paul will present his preliminary work testing the antiviral activity of Argonaute proteins.

Van Erp's lecture is presented by the Kopriva Science Seminar Series, which is funded through an endowment created by Phil Kopriva, a 1957 microbiology graduate from MSU. Kopriva, who died in 2002, also created an endowment to fund the Kopriva Graduate Fellowship Program, which provides support and opportunities for graduate students in the College of Letters and Science, particularly in the biomedical sciences. The series features seminars by MSU graduate students, faculty members and guest speakers. For more information about this and other Kopriva lectures, please visit www.montana.edu/lettersandscience/kopriva.html. 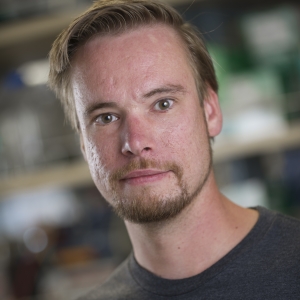