John Heminway: How a Long-Ago Story of War Tells Us Today About the Truth

Based on his book “In Full Flight: A Story of Africa and Atonement,” John Heminway will speak on the theme of atonement at 7 p.m. in Inspiration Hall inside Norm Asbjornson Hall.

Heminway is a Bozeman-based writer and filmmaker. His career at ABC Sports, Anglia Television, Discovery, PBS, Disney and National Geographic Television spans five decades and several hundred films, including his noted “Battle for the Elephants” and “Warlords of Ivory.”

He is the recipient of two Emmys, two Peabodys, a DuPont Columbia Journalism award and an honorary doctorate from MSU. He will teach in the MSU School of Film and Photography again this year. “In Full Flight,” a book about Dr. Anne Spoerry and her quest for a new life in Africa in the wake of World War II and a heroic career that hid a past secret, is Heminway’s sixth book and was published last February.

Heminway's talk is part of a series of lectures centered on themes of World War II are scheduled Jan. 14-18 as a salute to the opening of Montana State University’s Norm Asbjornson Hall. The building, MSU’s newest, houses the Norm Asbjornson College of Engineering as well as the Honors College. 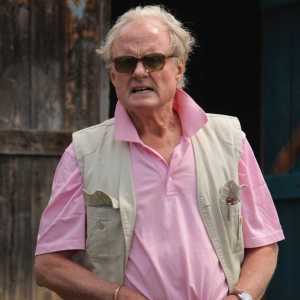