Lori Rosolowsky: My Family's Miraculous Escapes from Germany and Front Row at Nuremberg

The multimedia performance incorporates music by Lori Rosolowsky’s great uncle, renowned Jewish composer Herbert Fromm, as well as her own compositions. The music is woven between video memoirs, stories of her family’s enduring contributions in many fields, and poignant and humorous stories, such as her relatives’ unlikely escapes from Nazi persecution and her aunt’s role a translator at Nuremberg.

Joining in the performance, which will center on the theme of “escape,” will be Honors College Dean Ilse-Mari Lee (cello), Kyle Sorenson (guitar and vocals) and Amy Leach (violin).

The show also features video memoirs of Edith Coliver, Rosolowsky’s aunt, who was only 23 when she translated for Hermann Goering and other high-level Nazis at the Nuremberg Trials. Coliver later worked as a human rights activist, worked for Philippine President Corazon Aquino, and became the first woman to hold leadership roles in several international and Jewish organizations.

Rosolowsky is a pianist, singer-songwriter, educator, entertainer, producer, collaborative pianist at MSU, a board member of Bozeman Actors Theatre, and will music direct Verge Theater's production of “Fun Home" in February.

Rosolowsky's performance is part of a series of lectures and events centered on themes of World War II are scheduled Jan. 14-18 as a salute to the opening of Montana State University’s Norm Asbjornson Hall. The building, MSU’s newest, houses the Norm Asbjornson College of Engineering as well as the Honors College. 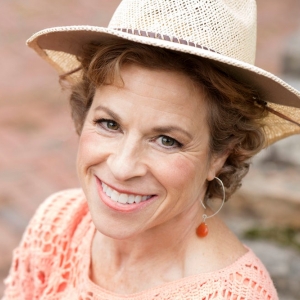