Smith is Distinguished Lecturer of Letters and Science at MSU. He has published nine books and dozens of articles and organized numerous professional conferences. His research focuses on issues of race, class and gender in early America. Currently, he is studying runaway slaves across the early Atlantic world.

Matzinger, MSU’s professor of jazz, is a singer-songwriter, jazz saxophonist, recording and touring artist, teacher, producer and studio engineer who was born and raised in Bozeman. He lived and recorded on the East Coast and in Southern California, where he studied and performed with music legends. He is one of the last remaining members of the iconic rock group Ike Turner and The Kings of Rhythm, with whom Matzinger performed on the Grammy award-winning album, "Risin' With the Blues."

Smith and Matzinger's performance is part of a series of lectures and events centered on themes of World War II are scheduled Jan. 14-18 as a salute to the opening of Montana State University’s Norm Asbjornson Hall. The building, MSU’s newest, houses the Norm Asbjornson College of Engineering as well as the Honors College. 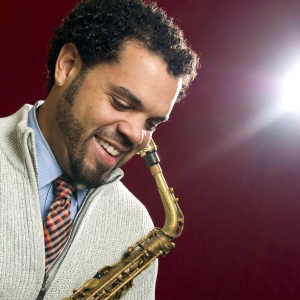