FREE Premiere Screening in collaboration with the Bozeman Film Society as part of the President’s Fine Art Series. Directors Tenzin Phuntsog and Joy Dietrich in attendance.

In "Rituals of Resistance" (2018. 63 min.) Tibetan-American, Tenzin Phuntsog, filmmaker, founder of the Tibet Film Archive and Assistant Professor at MSU School of Film and Photography, explores modes of resistance to the Chinese occupation by speaking with activists across three generations: Tendar - a former Tibetan monk who broke his vows and became a guerilla leader in the 1960’s; Dolma - the filmmaker's own mother who followed the Dalai Lama's Middle Path, emigrating to raise her family in America; and Lhakpa - a young Tibetan man who attempts to self-immolate in 2006.

Deftly combining stunning archival materials and compelling, sometimes edge-of-your-seat, new footage with intimate testimonies, Phuntsog and co-director Joy Dietrich (Instructor at MSU School of Film and Photography, former editor at New York Times) have created a powerful documentary that sheds an unprecedented light on the way Tibetans try to cope with their exile and the situation in their country due to the occupation. Writes Phuntsog, “My intent is to expand upon the concept of “resistance” looking beyond the conventional definition, looking more closely at the philosophical, psychological and internal aspects."

In 1964, British filmmakers Adrian Cowell, George Patterson, and Chris Menges (the Oscar-winning cinematographer of The Killing Fields) traveled with the Khampa guerrillas over a 20,000-foot pass from a remote region of Nepal into occupied Tibet and captured an ambush on a Chinese military convoy. The footage—smuggled out just one step ahead of the CIA and released to critical acclaim as Raid into Tibet—remains an important historical artifact, the only known footage of Tibetan resistance fighters in combat with the Chinese.

*Restored by The Film Foundation’s World Cinema Project at Cineric Inc. laboratory in association with the Tibet Film Archive. Special thanks to the Cowell family.

The President's Fine Art Series is brought to you by the Montana State University Office of the President, The Bozeman Film Society, and the College of Arts & Architecture.  This event is FREE and open to the public. 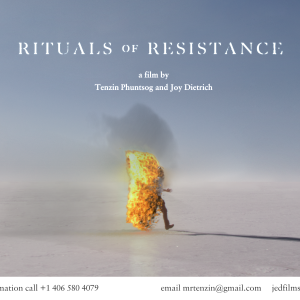 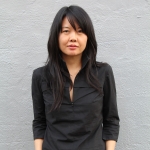