Hernan Diaz, associate director of the Hispanic Institute for Latin American and Iberian Cultures at Columbia University and a Pulitzer Prize finalist for his book "In the Distance," will present "The Fictional West" as part of The Ivan Doig Center for the Study of the Lands and Peoples of the North American West's Perspectives on the American West Lecture Series.

Doors open at 5:00 p.m. The lecture will be preceded by a book-signing and followed by a reception, both in the lobby of the Museum of the Rockies. This event is free and open to the the public.

Hernan Diaz has always been fascinated by a bizarre, hidden literary tradition—that of texts about America written by authors who had little or no contact with this country. Most of the factual details in the stories that conform this weird canon are wrong and misguided. But referential accuracy is of no real importance here. What matters is that these non-American writers felt the need to explain and populate America through their fictions. And what matters even more is that America welcomed these stories—outlandish as they may have been—and reworked them into its own literary tradition. This lecture will be an exploration of the fictions of the West and, more generally, the fictions about America—and the place of foreigners in the conformation of our national canon.

Hernan Diaz is the author of Borges, between History and Eternity (Bloomsbury) and edits an academic journal for Columbia University. He is a 2019 Whiting Award winner whose work has appeared in The New York Times, Granta, The Paris Review and elsewhere. His first novel, In the Distance (Coffee House Press), won the Saroyan International Prize, was a Publishers Weekly Top 10 Book of 2017, and a finalist for the 2018 PEN/Faulkner Award and the Pulitzer Prize.

The Perspectives on the American West Lecture Series features experts from around the country discussing the history, literature and culture of the West; issues affecting the wildlife and fisheries of the region; and the West's geography, geology and resources. The series is co-sponsored by the Burton K. Wheeler Center and is a program of The Ivan Doig Center for the Study of the Lands and Peoples of the North American West, an interdisciplinary research center within the MSU College of Letters and Science that is focused on the places and peoples of the Western United States and Canada. 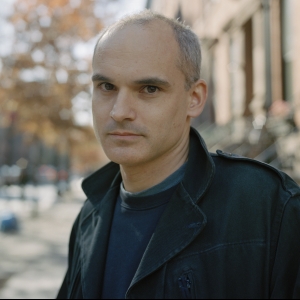