Andrew Patrick Nelson, associate professor of film studies and chair of the Department of Film and Media Arts at the University of Utah, will present "Western Movies Today: History, Criticism, Production" as part of The Ivan Doig Center for the Study of the Lands and Peoples of the North American West's Perspectives on the American West Lecture Series.

We are accustomed to hearing great films discussed in terms of their influence on later movies, and Westerns are no exception. The makers of recent Western movies routinely discuss their works in relation to classics like The Searchers or Shane. But how, you might ask, were these filmmakers introduced to Westerns? By their grandparents? Or by someone else? In fact, the majority of filmmakers today were first introduced to the Western as an academic subject in the course of their professional training. How this influences the movies they make, and what it means for our understanding of the Western’s rich history, are just two of the topics covered in this exploration of the current state of the Western movie.

Andrew Patrick Nelson is an historian of American cinema and culture, film programmer, museum curator and media commentator. He is chair of the Department of Film and Media Arts and associate professor of film studies at the University of Utah. He is editor of two book series, “The Popular West” at the University of Oklahoma Press and “Reel West” at the University of New Mexico Press. He is author and editor of numerous books and essays on Western cinema, including Still in the Saddle: The Hollywood Western, 1969-1980 and Contemporary Westerns: Film and Television since 1990. He is currently curating an exhibition based on Still in the Saddle that will open at the Briscoe Western Art Museum in San Antonio in May of 2020. 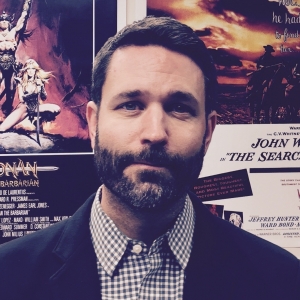