As part of the series, MSU Library and Country Bookshelf will hold a community discussion series on Doig’s last four books. The discussions will take place from 6- 7 p.m. and will be held at the Country Bookshelf, located at 28 W. Main St. in downtown Bozeman. The public is invited to attend any or all of the free discussions.

The full series is as follows:

Ivan Doig was a writer of international acclaim who published 16 memoirs and novels between 1978 and 2015. His last four books were written after his diagnosis with multiple myeloma, the disease that took his life in April 2015 at age 75.

The discussion series will be led by Jan Zauha, Humanities and Outreach Librarian at Montana State University, and will focus on Doig’s novels written while he managed the disease. Doig’s medical journals and other supplemental materials from the MSU Library’s Ivan Doig Archive (http://ivandoig.montana.edu) will be used to further understand the connections between Doig’s medical journey and his creative process. 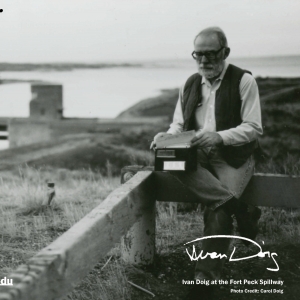