Wyatt Cross, associate professor in the Department of Ecology and Director of the Montana Water Center at Montana State University, will present "Rivers of the American West: Embracing Biological Complexity for a Sustainable Future" as part of The Ivan Doig Center for the Study of the Lands and Peoples of the North American West's Perspectives on the American West Lecture Series.

Rivers are the lifeblood of the American West. We depend on them to provide water, power, protein, recreation and so much more. Yet, our increasing dependence on rivers has paradoxically changed them in ways that threaten their ability to sustain our own livelihoods. Over the past century, river scientists have worked hard to understand and describe the basic physical and biological properties of rivers and, in the process, have uncovered fascinating details about how these ecosystems ‘work.' The common themes that emerge from this science suggest that healthy rivers are physically complex, biologically diverse and reticulated, and thrive most when they are allowed to change naturally over time. This lecture will focus on the fascinating ecology of rivers and how many of our activities may be undermining their delicate ecological balance.

Wyatt Cross is an associate professor in the Department of Ecology at Montana State University. He is also the director of the Montana Water Center, a cross-university center aimed at supporting research and education that helps to secure Montana’s water future. His research laboratory is focused on the ecology of river food webs and how biological communities respond to various human activities such as land use, river regulation, climate warming and nutrient pollution. He received a bachelor’s degree from the University of Colorado, an M.S. from the University of Alabama and a Ph.D. in Ecology from the University of Georgia (2004). He teaches a variety of classes at MSU in the general areas of biology and freshwater ecology. 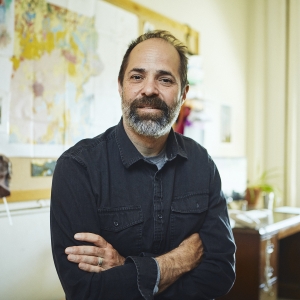