Journalist and writer Todd Miller, will present "Climate Change, Migration and the Expansion of U.S. Border Security" as part of the College of Letters and Science's Distinguished Speakers Series.

The twenty-first century has brought about the rapid hardening of international borders. Security, surveillance and militarization are widening the chasm between those who travel as they please and those whose movements are restricted. Miller's work takes a hard look at the intersection between climate change, migration, border security and the corporations that profit from border militarization. Using examples from throughout the world, Miller considers the implications of a world where borders become battlegrounds and where rich nations barricade themselves from the poor and environmentally exposed.

Todd Miller has researched and written about border issues for more than 15 years, the last eight as an independent journalist and writer. He resides in Tucson, Arizona, but also has spent many years living and working in Oaxaca, Mexico. His work has appeared in the New York Times, TomDispatch, The Nation, San Francisco Chronicle, In These Times, Guernica and Al Jazeera English, among other places. Miller has authored three books: The forthcoming Empire of Borders: The Expansion of the U.S. Border Around the World (Verso, 2019), Storming the Wall: Climate Change, Migration and Homeland Security (City Lights, 2017), and Border Patrol Nation: Dispatches from the Front Lines of Homeland Security (City Lights, 2014). He is a contributing editor on border and immigration issues for NACLA Report on the Americas and its column “Border Wars”.

The lecture will be followed by a reception and book-signing. This event is free and open to the public. Doors open at 5:00 PM.

This talk is sponsored by the departments and programs with support from the College of Letters and Science: 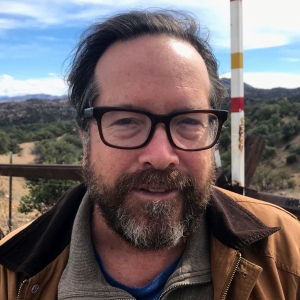