This event will be rescheduled for fall 2020.

Jennifer Robertson, professor emerita in the Departments of Anthropology and the History of Art, and the Penny W. School of Art and Design, at the University of Michigan, will present "Gendering AI and Robots: Robo-Sexism in Japan and the United States" as part of the College of Letters and Science's Distinguished Speakers Series.

In humans and humanoid robots alike, gender—femininity, masculinity—constitutes an array of learned behaviors that are cosmetically enabled and enhanced. In humans, these behaviors are both socially and historically shaped, but are also contingent upon many situational influences, including individual choices. Robertson will explore the sex/gender dynamics informing the design and embodiment of artificial intelligence (AI) and robots, especially humanoids. Although her focus is on Japanese robotics, she will make some comparisons with the design of humanoid robots in the United States. Robertson argues that advanced technology does not necessarily promote social progress but rather is deployed to reinforce conservative images and models of sex/gender roles and family structures.

Jennifer Robertson is a professor emerita in the Departments of Anthropology and the History of Art, as well as the Penny W. School of Art and Design, at the University of Michigan. She is also an affiliate faculty member in the Departments of Anthropology and Japan Studies at the University of Washington and at the Robotics Institute and the Institute for Research on Women and Gender (IRWG). Robertson’s seven books and over eighty articles and chapters address a wide spectrum of subjects in anthropology, history of art and Japan studies ranging from the 17th century to the present. Her latest book, "Robo sapiens japanicus: Robots, Gender, Family, and the Japanese Nation" was published in 2018 by the University of California Press. She is currently researching, writing, and editing articles on the cultural history of Japanese eugenics, technology and society, bio-art and contemporary art, and human-robot interfaces in Japan and elsewhere.

This talk is sponsored by the Asian Studies Program, Women's, Gender and Sexuality Studies Program, Norm Asbjornson College of Engineering and the following departments: Sociology and Anthropology, History and Philosophy, Modern Languages and Literatures with support from the College of Letters and Science. 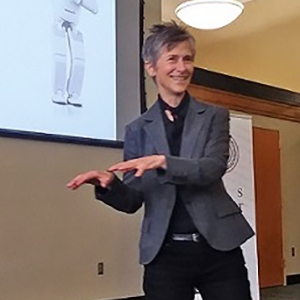