MSU will host robotics competitions for Montana youth on Friday, Jan. 17 and Saturday, Jan. 18, drawing nearly 120 teams from across the state and region.

FIRST Lego League teams, composed of students in grades 4-8, have spent months building and programming robots made from Lego kits and will compete by performing "missions" on pool table-sized playing fields. Students from grades 7-12 compete in the FIRST Tech Challenge with more complex robots in a larger arena. FIRST Lego Junior teams include students in grades K-4.

The events are free and open to the public. FIRST Tech Challenge begins Friday, Jan. 17 with an opening ceremony in Shroyer Gym starting at 9:40 a.m. On Saturday, in Inspiration Hall in the Norm Asbjornson building, FIRST Lego League robot rounds begin at 10 a.m., with a FIRST Lego League Junior showcase at 12:30 p.m.

A complete schedule for FIRST Tech Challenge on Friday can be found at: http://www.montana.edu/first/FTCtournament.html.

A complete schedule for FIRST Lego League on Saturday can be found at: http://www.montana.edu/first/FLLtournament.html.

For Inspiration and Recognition of Science and Technology, or FIRST, is a nonprofit organization that aims to inspire young people's interest and participation in science and technology; to motivate them to pursue education and career opportunities in science, technology, engineering and math; and to encourage team-building, imagination and critical thinking skills.

MSU has been involved with the Montana chapter of FIRST since 2007. It was initially orchestrated by the Montana Space Grant Consortium and now organized through the engineering college. 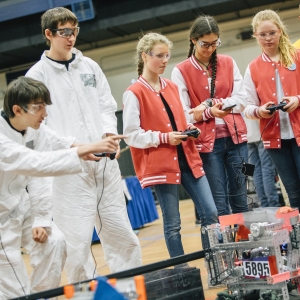