This lecture has been canceled.

Rosana Molina, a Ph.D. candidate in neuroscience in the Department of Microbiology and Immunology and recipient of a 2019 Kopriva Graduate Student Fellowship, will present "Making Proteins Glow Brighter for Neuroscience" as part of the College of Letters and Sciences' Kopriva Science Seminar Series.

In the mid 1990s, scientists established a new technique to image the intricacies of the living brain. This technique is called two-photon laser scanning microscopy. It involves using a high-powered near-infrared laser to make fluorescent markers glow. Molina studies a type of genetically-encoded fluorescent marker called a fluorescent protein, with the goal to make it brighter for this technique. To do this, she employs a method that nature uses to make the lightest wings and the fastest limbs: evolution. She grows many fluorescent protein mutants in E. coli and uses a custom two-photon robot to measure them and select for the brightest ones. With brighter fluorescent proteins, neuroscientists can get more information about how the brain works and eventually uncover ways to prevent and treat disease.

About the Kopriva Science Seminar Series

Molina's lecture is presented by the Kopriva Science Seminar Series, which is funded through an endowment created by Phil Kopriva, a 1957 microbiology graduate from MSU. Kopriva, who died in 2002, also created an endowment to fund the Kopriva Graduate Fellowship Program, which provides support and opportunities for graduate students in the College of Letters and Science, particularly in the biomedical sciences. The series features seminars by MSU graduate students, faculty members and guest speakers. 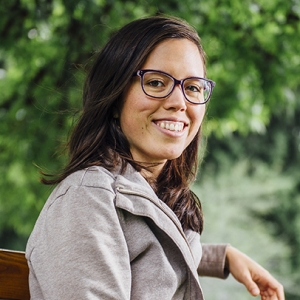