Jamie Siminoff, founder and chief inventor at Ring will discuss “Mission to Disruption: How a Focused Mission Leads to Creating Value for Society and Shareholders” at 5 p.m. Monday, March 2, at Montana State University. The talk is free and open to the public and will be held in Ballrooms B, C and D of the Strand Union Building.

A lifelong inventor and successful entrepreneur, Siminoff is expected to discuss his career with Ring, including how he created the Wi-Fi video doorbell in 2011 while working in his garage. The doorbell, then called DoorBot, has since transformed into a smart home security company that offers several DIY home security products and services, including the popular video doorbell.

In 2018, Amazon purchased Ring for an estimated value of between $1.2 billion and $1.8 billion. Siminoff continues to work as Ring’s founder and chief inventor. And, although much has changed since the company was founded, Siminoff said it is the mission of making neighborhoods safer that continues to drive him.

Prior to Ring, Siminoff founded several other ventures, including PhoneTag, the world’s first voicemail-to-text company, and Unsubscribe.com, a service that helped email users clean commercial.

Siminoff’s talk is sponsored by the MSU Jake Jabs College of Business and Entrepreneurship. 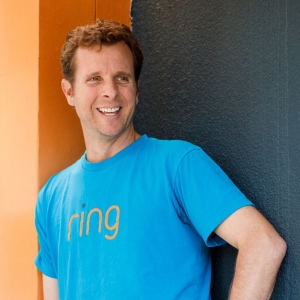