Strother’s keynote, “Those Annoying Political Television Commercials: The Evolution of Political Television,” will be followed by brief presentations, a Q&A session with fall instructors, highlights of the upcoming side trip speaker series and door prizes.

The reception is free and open to the public, but registration is required. To register, visit www.montana.edu/wonderlust/register/. Upon registration participants will receive an email with the Webex link and instructions how to join.

In his keynote address, Strother will address the evolution of the campaign message from President Dwight. D. Eisenhower to former Vice President and current Democratic presidential candidate Joe Biden, including how the political message is crafted to solve problems and to position a candidate.

According to Strother, it is impossible this time of year to turn on a television and not be inundated by repetitious, annoying television commercials. Hundreds of millions of dollars are spent promoting or trying to destroy candidates. All the commercials look the same, but are they?

The first commercials recorded for reuse were used in the Eisenhower-Adlai Stevenson campaigns of 1952. Eisenhower hired Madison Avenue advertising specialists who used jingles and animation to win Eisenhower’s election. This simple use of television has evolved an industry of political consultants, media buyers, pollsters, targeters, fund raisers and other specialists who control the campaign message.

The political consulting industry now has a trade association of thousands of members. Strother argues that consultants are so important that they have replaced smoke-filled rooms and political bosses. They have changed the way Democrats and Republicans are selected and elected. The political machine has rusted and been left on the side of the road and replaced by digits and video, Strother said.

Strother is a retired lifelong political consultant who has worked on presidential, vice presidential, senatorial and gubernatorial campaigns across the country. He is the president of the consulting firm Strother-Duffy-Strother. His clients have included presidential candidates Gary Hart and Albert Gore and U.S. Sens. Max Baucus, Lloyd Bentsen, John Stennis and Mary Landrieu.

Previously Strother was a reporter with the Associated Press capitol bureau in Baton Rouge, Louisiana, and a partner in Weill/Strother, a public relations firm in Baton Rouge and New Orleans.

Strother has garnered awards for his documentaries about Sen. Bentsen and U.S. Rep. John Lewis of Georgia, a figure in the civil rights movement. Strother has been named to the Louisiana State University Journalism Hall of Fame, the American Association of Political Consultants Hall of Fame and the Louisiana Political Museum and Hall of Fame. He is a former president and chairman of the board of the American Association of Political Consultants. Strother was a resident fellow at the Institute of Politics at Harvard University and was named a fellow at the Robert J. Dole Institute of Politics at the University of Kansas.

He has written essays for the Atlanta Constitution, The New York Times, Newsweek and The Washington Post. Strother penned the novel “Cottonwood,” the story of a dishonest political consultant. His autobiography is entitled “Falling Up: How a Redneck Helped Invent Political Consulting.”

Wonderlust is a lifelong learning program of MSU Academic Technology and Outreach offering a variety of noncredit classes, lectures, book discussions, workshops and other activities for the intellectually curious. All Wonderlust programs are open to the public. Wonderlust members receive course discounts and free entry to side trips, which are two-hour lectures on selected topics. To purchase a Wonderlust membership or to register for fall programs, visit www.montana.edu/wonderlust/. 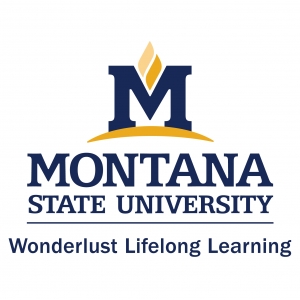