Please join us for a live virtual panel discussing The Hail Mary, a new film by Nnamdi Kanaga.  The Hail Mary, an all-black lead cast, is his debut feature film and was filmed on location in Montana.

This 50-minute feature tells the story of a father and son torn apart by trauma who, years later, try to find a way to understand one another.  Fighting his own personal demons, war veteran Darius moves to Montana in an attempt to repair his relationship with his grown son, Terrell. On a day significant to both, they confront their differences. The Hail Mary pays homage to August Wilson with a striking opening scene and then shifts to refocus on the stereotypical absent black father narrative.

This live panel will take place virtually on Saturday, February 27th at 6 pm.  When you register for the panel you will be given a link to watch The Hail Mary.  The film will be open for viewing starting Friday, February 26th at 7 pm and ending on Sunday, February 28th at 9 pm.

This moderated panel discussion with the director, members of the cast, and community activists will discuss the inspiration for the film and its story, as well as racial equity issues facing Gallatin Valley and Montana today.

If you are unable to attend the panel live, RSVP anyway so that you have access to the film as we plan to record the panel and post it on our Facebook page which you could watch at a later time.

Please RSVP by going to broadcasts.bozemanarts-live.com/the-hail-mary-premiere.

We hope that you can be part of this virtual event, which supports an independent filmmaker from our community and fosters important discussion about justice.

The President's Fine Arts Series is brought to you by the Montana State University Office of the President, the College of Arts & Architecture, the School of Film & Photography, Bozeman Arts-LIVE!, MSU Diversity & Inclusion Student Commons, and the students of the Black Student Union.

A behind the scenes interview with the director, Nnamdi Kanaga: 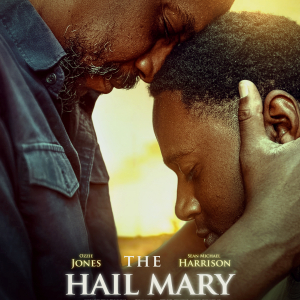