The northern North American Great Plains (NNAGP), including large parts of Montana, have cooled by nearly −0.2 °C decade-1 during the late spring and early summer over the past five decades while most of the rest of the world has warmed. Vapor pressure deficit (VPD) has decreased – meaning the atmosphere is now less dry – and monthly mean precipitation increased in excess of 8 mm per decade. Why?

I investigate the hypothesis that massive land used changes from a decline in wheat/fallow rotation agriculture in favor of alternate cropping systems is a primary cause of these regional climate changes. We know that enhanced evaporative cooling by planting crops instead of leaving soil bare can change atmospheric dynamics, but do landcover changes explain the unique climate trends of the NNAGP? To test whether a reduction in summer fallow is responsible for observed regional climate changes, a set of convection-permitting model experiments using the Weather Research and Forecasting model (WRF) were performed over the NNAGP. Areas where fallow area declined from 1984-2011 were cooler by about 1.5 °C and had a lower VPD by 0.15 kPa compared to areas where it did not. These model results align with the observational record and suggest that near-surface climate trends can largely explain the globally-unique ‘warming hole’ in the NNAGP. Model results also suggest that observed precipitation changes cannot be explained by summer fallow reduction alone. Trends in observed moisture transport show that the Great Plains Low Level Jet has been intensifying, bringing increased moisture to the NNAGP and are partially responsible for the precipitation increase. The NNAGP has also experienced notable changes in the energy that drives convective precipitation events, called ‘convective available potential energy’ (CAPE), which means that storms are often larger now than they were in the recent past. Combined, my results demonstrate that the climate of the NNAGP has changed due to a combination of regional land cover change and large-scale climate forcings that are consistent with global change, both of which we must understand to understand the future climate of Montana. 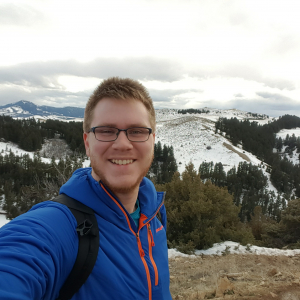