Ms. Emerald Ellis will defend her PhD in Chemistry beginning with a seminar titled "How Biological Catalysts Activate Oxygen to Realize Its Full Potential."

Abstract: Dioxygen is a potent oxidant, inexpensive, and environmentally-friendly compared with most industrial oxidants, but intrinsic energy barriers to reaction limit its utility. Biological catalysts can activate O2 by generating dangerous reactive oxygen species intermediates. The fundamental chemistry of two diverse O2-utilizing enzyme systems were examined: GcoAB, a cytochrome P450 which catalyzes the O-demethylation of aromatic alcohols using heme to activate O2, and NMO, an antibiotic biosynthesis monooxygenase which catalyzes cofactor-independent monooxygenation of an organic substrate. The enzyme active site environments and the reactions catalyzed therein were investigated with mutagenesis, X-ray crystallography, molecular dynamics simulations, fluorescence and UV/visible spectroscopy, cyclic voltammetry, electrode-based measurement of O2 consumption, high-performance liquid chromatography, and simulations of homogenous solvation using quantum chemistry composite methods. The substrate range of GcoAB was expanded by rational design engineering to include two aromatic aldehydes commonly found in chemically-processed lignin. Only a single-point mutation was needed for GcoAB to catalyze demethylation of each new substrate. The reaction catalyzed by NMO can be called “substrate-assisted” because the substrate mimics the role of the organic cofactor flavin in activating O2. The physics of this reaction were probed using Marcus Theory, which relates the activation energy of the reaction to the free energy and the reorganization energy. By measuring the differences in the activation energy and free energy of the reaction within and without the enzyme, we found that the enzyme mainly acts on the reorganization energy term. The reaction was then examined in several homogenous solvents chosen based on their chemical similarity to individual amino acids. Homogenous solvation is much less computationally expensive to model than a protein active site, especially at higher levels of theory. By this approach, we discovered a plausible mechanism by which the chemical environment alone can boost the O2-activating capacity of NMO’s substrate—particularly by stabilizing the deprotonated anion which can transfer an electron to O2 more easily than the neutral molecule. In summary, this work demonstrates that, while cofactors are responsible for activating O2 in most oxidases, full appreciation of how an oxidase catalyzes reactions requires that neither the enzyme environment nor the substrate be ignored.

Emerald works in the lab of Professor Jen DuBois 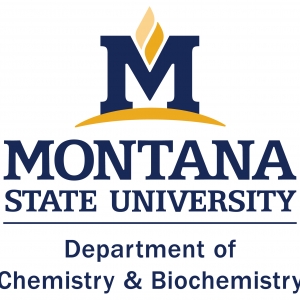