Join Dr. Lindsey Strand-Polyak as we talk about how we research the sounds and musical practices of different times and places, and what historical items may be hiding in your own instrument cases or music folders. She’ll then be joined by Baroque Music Montana’s Carrie Krause and they’ll perform Mozart’s Duo for Violin and Viola and discuss their own historical inquiries.

Lindsey Strand-Polyak is excited to be back again in big sky country playing with Baroque Music Montana- she has previously performed here with Musikanten Montana and Bitterroot Baroque. Dr. Strand-Polyak is Artistic Director of Los Angeles Baroque and was Assistant Director of the UCLA Early Music Ensemble from 2011-2015. Artist residencies include Michigan State University, University of Richmond, Northwestern State University of Louisiana, and University of Northern Colorado. A few of her favorite music festivals have included the Oregon Bach Festival, Baroque Festival Corona del Mar, Twin Cities Early Music Festival, and the Fringe of Boston and Berkeley Early Music Festivals; and some of her favorite musicking moments have been playing with groups like Bach Collegium San Diego, Pacific MusicWorks, Musikanten Montana, American Bach Soloists and Seattle Baroque. She is currently Adjunct Professor of Violin and Viola at Claremont Graduate University and has previously taught at UCLA and the Colburn School. Not limited to Early Music, she has worked with a diverse array of artists from Anne Akiko Meyers to Stevie Wonder, and also has recorded for Hollywood film and TV projects. She received her PhD/MM from UCLA in Musicology and Violin Performance studying with Movses Pogossian, Guillaume Sutre and Elisabeth LeGuin. 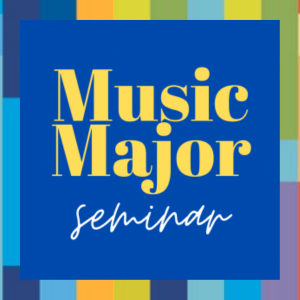