Constructed in 1921-22 as MSU's original state-funded physical education building, Romney Hall has been a central fixture of campus for much of its history. Now, a $32 million renovation and repurposing has transformed Romney from mostly unsuable space to the dynamic home of 17 classrooms and high-impact programs that help students stay in school and graudate. 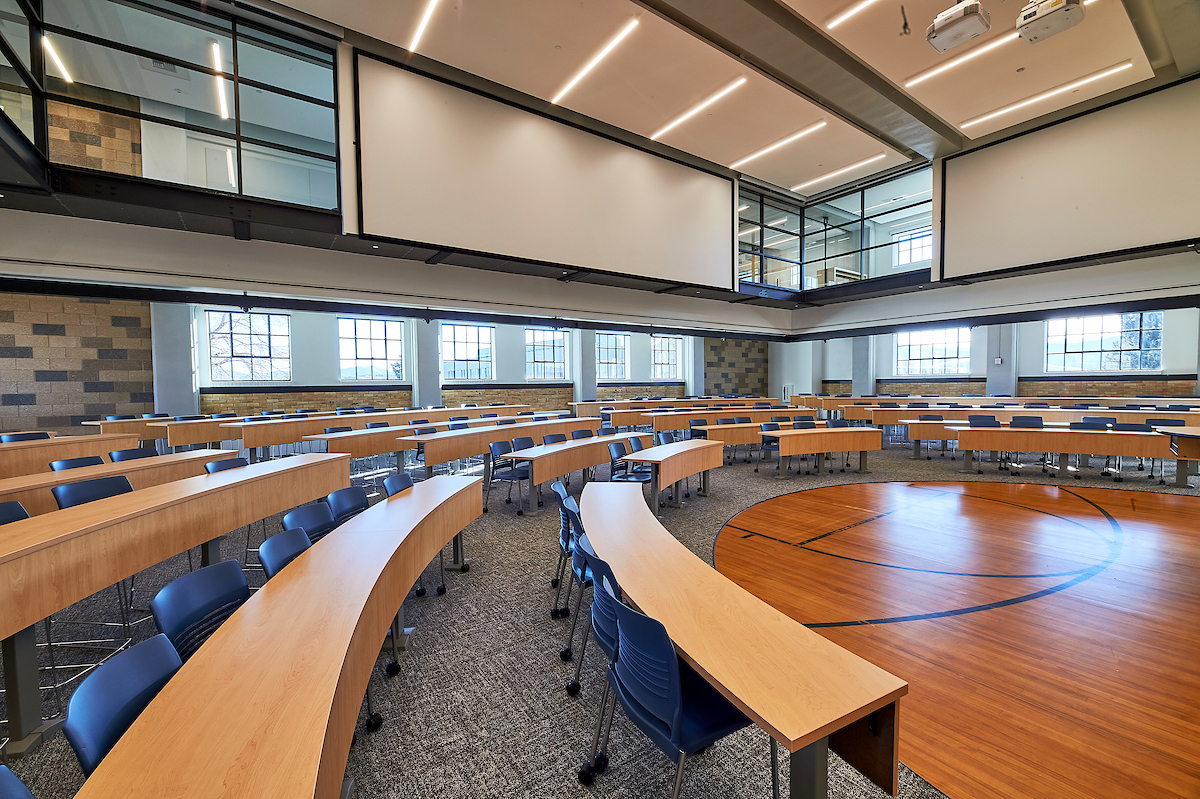 One of 17 classrooms in the repurposed and renewed Romney Hall. The classroom retains some of the wood floor of the building's original basketball court.

In addition to more than 1,000 classroom seats — a total representing a 12% increase to the MSU classroom seat inventory — Romney Hall houses the Travis W. Atkins Veteran Support Center, the Office of Disability Services, the Writing Center and the Dr. Christopher B. Lofgren Center for Excellence in Mathematics and Statistics Center, programs that directly serve students from every corner of Montana and beyond.

The need for Romney Hall

At nearly a century old, Romney Hall had become obsolete and was in need of a complete renovation. Before work began, the building housed just four marginal classrooms with 140 classroom seats. Thousands of square feet in the building, located in the heart of campus, were unusable at a time when MSU became the largest and fastest growing university in the state with record enrollments and record student retention rates.

At the same time, MSU was operating with the least gross squate feet per student of any campus in Montana and the highest classroom utilization rate. MSU counted just 119 gross square feet per student, while the Montana University System averaged 180. MSU's classroom utilization rate was 70%, with peaks at 90% — one of the highest rates in the nation. 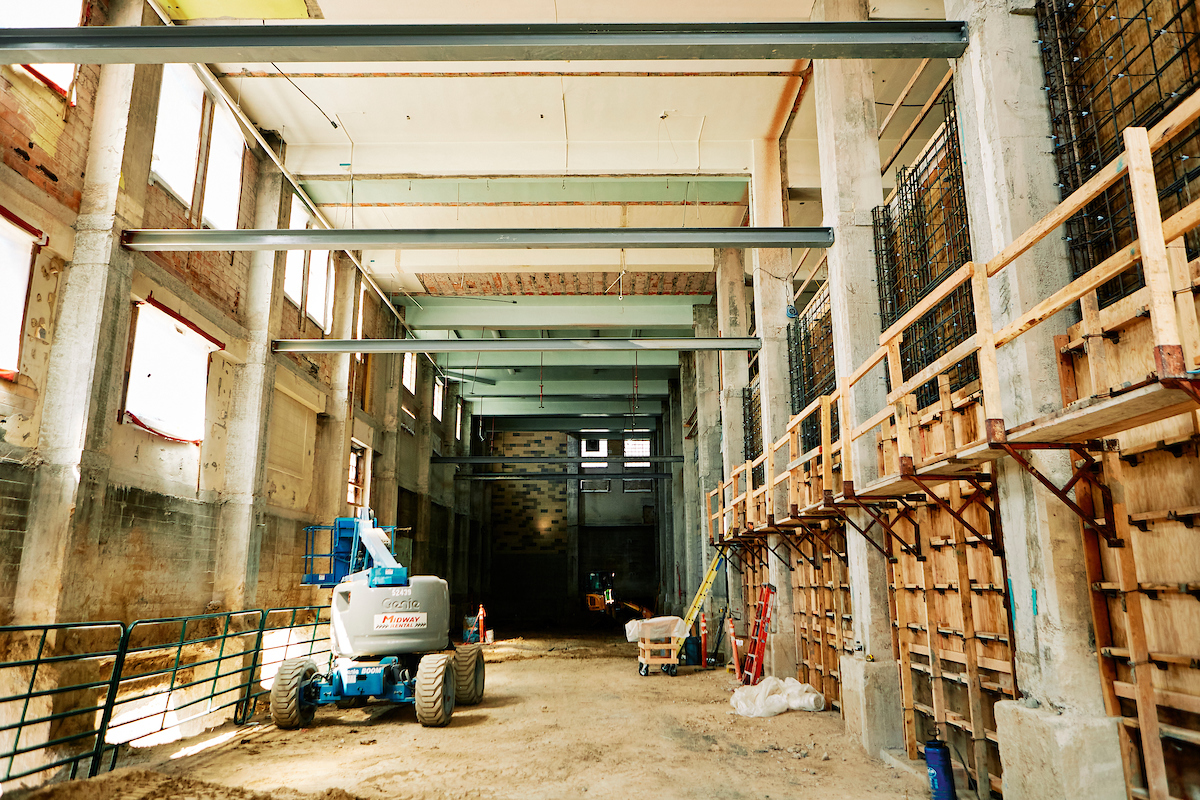 Image from the interior of Romney Hall during the renovation work.

MSU sought funding for the Romney repurposing from the Montana Legislature for nearly a decade until, in April 2019, the Legislature approved $25 million for Romney Hall. The funding was included as part of House Bill 652, which also contained funds to help school districts, towns and counties across the state repair important infrastructure like water systems, sewers, bridges, roofs, and boilers, as well as many other needs.

With these funds, and an additional $7 million raised from generous donors, MSU could proceed with transforming the marginally usable building into an energy-efficient "hero" building that will be used by nearly every student to attend Montana State for generations to come. Construction commenced in the fall of 2019 with contractor Swank Enterprises and architect: Cushing Terrell.

Romney Hall is the first Legislature-funded academic building at Montana State since 2007, when the renovation of Gaines Hall was completed funded and the Animal Bioscience Building was partially funded by the Legislature. Since then all other construction on campus has either been funded by private donors or student fees (as is the case with the Gallatin, Yellowstone and Hyalite residence halls).

Romney was constructed at a cost of $225,000 using bricks from Lewistown, copper from Butte and granite from elsewhere across the state. The building replaced a former wood-framed drill hall as the campus's new, dedicated fitness facility. At the time of Romney's original opening, under President Alfred Atkinson, then-named Montana State College enrolled just over 600 students.

The building was named for G. Ott. Romney, MSU's head football and basketball coach from 1922 to 1927. Romney Gym, as was called for many years, was home court for the legendary "Golden Bobcat" basketball teams of 1922-1930 and the center of athletics until 1958. Legend has it that was in Romney's gym that the Golden Bobcats invented basketball’s fast break.

Though the renovation would completely rework the interior of Romney, the original beauty the building was preserved as well. Original bricks were cleaned or restored, while the wooden windows were refinished and reinstalled. In other spots, historically appropriate steel windows with better energy performance were installed. A portion of the original gymnasium floor was preserved at the center of the new 300-seat Cruzado Auitorium, as were elements of the terrazzo floors, the original steel support beams that once held up the bleachers and running track. Copper gutters were preserved on the new south side stair tower, where exposed wall materials showcase Romney's original construction.

Some highlights of the more efficient building operation in the repurposed, 66,000-square-foot Romney Hall include: