We have several social wasps in Montana. Except for the Western yellowjacket, social wasps are typically not aggressive unless their nest is disturbed. Most are beneficial and feed on a lot of our garden pests. 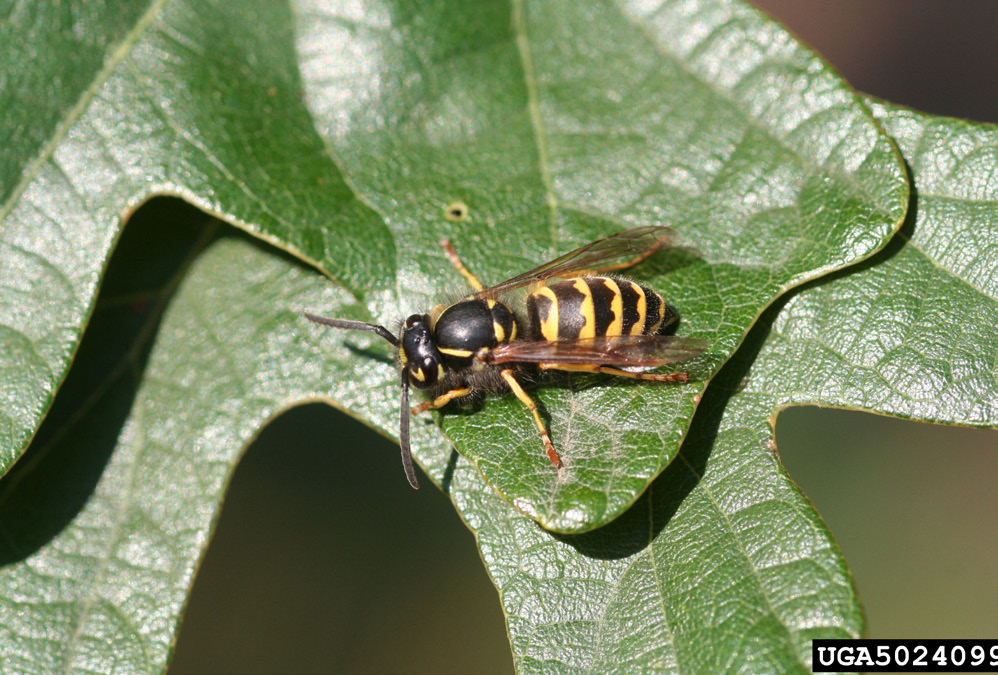 They live in colonies, which include workers, queens, and drones. They all feed on insects. The Western yellowjacket is a scavenger, feeding on garbage, sugary materials, and dead insects. It is the biggest nuisance pest around our backyards and porches in late summer. Although other wasps and bees can sting, most of our stings come from the Western yellowjacket. 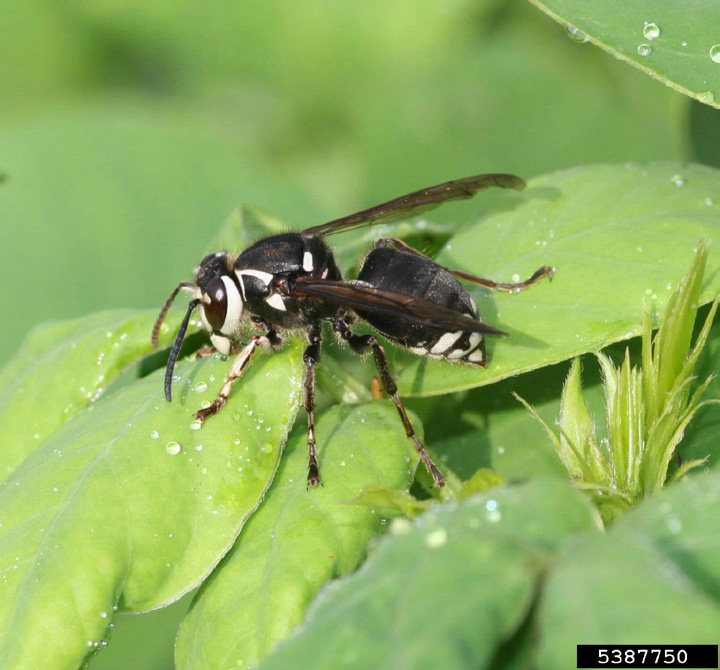 Wasp nests are abandoned in late summer, and only the fertilized females will overwinter; all the workers and drones die.

Locating wasp nests in the spring can be challenging. Western yellowjacket nests are 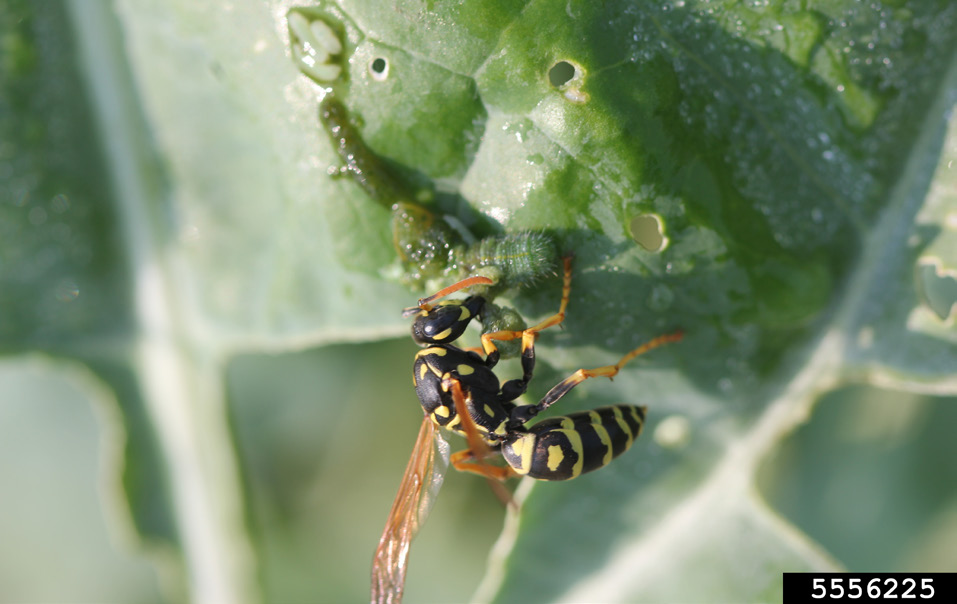 often subterranean or sometimes in wall voids. Wasps can fly up to 1000 yards, so sometimes the nest can be quite a distance away.

at hardware and garden stores) (Fig. 6). They don’t trap other common 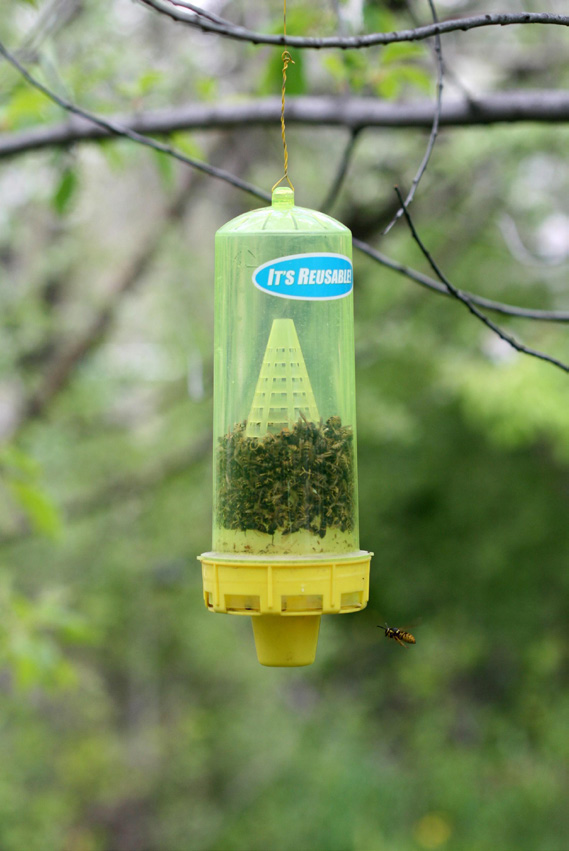 Montana wasps or bees. These traps are most effective when placed out in the spring when the queens emerge and before the Western yellowjacket colonies become large. Remove and limit exposure to all food sources, including garbage cans, pet foods, droppings from the grill, and any food or sugary-type sources in the backyard.

Controlling some of the larger nests can be difficult later in the summer. There can be hundreds to thousands of wasps in the colony, and the nest can be the size of a basketball or larger (Fig. 7). After a couple of serious frosts and cold weather, the wasps will be dead and you can knock down the paper nests.

Active nests can be controlled chemically with a series of wasp sprays. Such active ingredients include permethrin, deltamethrin, tralomethrin, bifenthrin, tetramethrin, and allethrin. If using any of these products, apply them late in the evening, early morning, or on cool, rainy days when the nest is not very active. If controlling a Western yellowjacket nest, this might require several applications. Never plug what you think might be a Western yellowjacket hole on the outside of the house; this might force them to move further into the house and not have a way to exit.