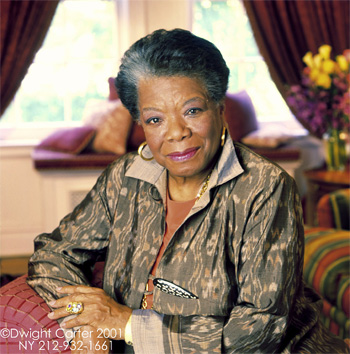 During the event, MSU President Waded Cruzado will present Angelou with the MSU Presidential Medal for Global and Visionary Leadership.

Angelou had previously been scheduled to speak in the MSU SUB Ballrooms in a sold-out event last November, but had to reschedule on doctor's advice. The rescheduled event, in a larger venue, is free and open to the public, however, advance tickets are required.

"We are honored that Dr. Angelou has committed to rescheduling her visit to MSU, as this will both be a key academic event for students and an amazing opportunity for our community," said Carmen McSpadden, director of the MSU Leadership Institute, which is organizing the visit, and a member of the MSU Presidential Medal Committee.

General Admission tickets, limited to four per person, will be available beginning at 10 a.m. Wednesday, Aug. 31, at the Bobcat Ticket Office, all TicketWest locations and at Ticketswest.com. Though the tickets are free, there may be additional service and handling fees.

Angelou is considered one of America's greatest voices of contemporary African-American literature, in addition to being a celebrated poet, memoirist, educator, historian, filmmaker, and civil rights activist.

During her early years of her life when she was shuffled between Stamps, Ark., and St. Louis, Mo., as a result of a tragic family life, she experienced the brutality of racial discrimination and sexual abuse. Yet, she has said that it is those roots that allow her to embrace an unshakeable faith and pride in her own values, traditions, and culture. A passion for music, dance, and performing led her to travel Europe where she mastered Arabic, French, Italian, Spanish, and the West African language, Fanti.

After assisting Malcolm X in the development of the Organization of African American Unity, Angelou was asked by Dr. Martin Luther King Jr. to serve as the Northern Coordinator for the Southern Christian Leadership Conference. Dr. King's assassination fell on her birthday and left her devastated, she has written. Angelou dealt with her grief over King's assassination in 1968 by writing her first autobiography, "I Know Why the Caged Bird Sings," which brought her international acclaim and recognition. Angelou now has more than 30 bestselling titles.

Angelou has been celebrated by universities, literary organizations, government agencies and special interest groups, making her one of the most honored writers of her generation. Angelou's honors include a National Book Award nomination for "I Know Why the Caged Bird Sings," Pulitzer Prize nomination for "Just Give Me a Cool Drink of Water 'Fore I Die," the National Women's Hall of Fame, the Lincoln Medal in 2008, and has also served on two presidential committees. In February, Angelou was one of 15 civilians to receive the United States Presidential Medal of Freedom from President Barack Obama.

An Evening with Maya Angelou is sponsored by the Office of the President, ASMSU, MSU Leadership Institute, Montana Humanities Institute, and the MSU Parent Family Association. The popular jazz group, the Jeni Fleming Trio, is also a sponsor and will open the evening.

Doors to Brick Breeden Fieldhouse will open at 6:30 p.m. the night of the event. Parking is free after 6 p.m. Attendees must be seated by 7:15 p.m. or their seats may be released.

For more information, please call the MSU Leadership Institute at (406) 994-7275 or visit www.montana.edu/leadership.