Entomologist Edward O. Wilson, a research professor at Harvard University, will receive the medal at 1:30 p.m. during a free public ceremony in MSU's Brick Breeden Fieldhouse. He will also give a short talk and introduce six distinguished scientists who will receive awards that evening for their pioneering work in biodiversity technology.

Wilson is the third recipient of the MSU Presidential Medal, which is given to people of international stature who might not be directly associated with Montana. The first two recipients were renowned primatologist Jane Goodall and Shirin Ebadi, the first Muslim woman to receive the Nobel Peace Prize. Both received their medals in April 2008. Nominees are evaluated for their intellectual and humanitarian contributions, societal impacts, innovation, courage, character and ability to inspire students to think globally.

Wilson, after receiving his Presidential Medal in the afternoon, will present the first ever E.O. Wilson Biodiversity Technology Pioneer Awards during an awards dinner to be held at 6:30 p.m. in MSU's Strand Union Building. Tickets and reservations are required. Recipients will be David Ward of MSU, Steve Running of the University of Montana, Jane Lubchenco of Oregon State University; Benoit Mandelbrot, formerly of Yale University and IBM; Ignacio Rodriguez-Iturbe of Princeton University and Michael Soule from the University of California-Santa Cruz. 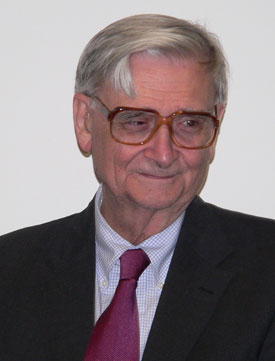 Ward uses molecular approaches to understand microbial diversity, ecology and evolution in the hot springs of Yellowstone National Park. He is a professor in MSU's Department of Land Resources and Environmental Sciences.

Running shared the 2007 Nobel Peace Prize as a member of the Intergovernmental Panel on Climate Change. He studies climatology, global warming and other aspects of atmospheric science.

Lubchenco is an environmental scientist and marine ecologist who was chosen by President Barack Obama to head the National Oceanic and Atmospheric Administration. She is one of the world's most highly cited ecologists.

Mandelbrot founded the field of fractal geometry, the first broad attempt to quantitatively investigate the notion of roughness. He is interested in both the development and application of fractals.

Rodriguez-Iturbe is known for describing and modeling how water shapes the environment and revealing how climate, soil and atmosphere interact. He received the Robert E. Horton Medal in 1998 and the Stockholm Water Prize in 2002.

Soule, a research professor emeritus in environmental studies, founded the Society for Conservation Biology and The Wildlands Project. He is known for promoting the field of conservation biology.

The award events are sponsored by MSU and the American Computer Museum in Bozeman, with the primary organizer being George Keremedjiev, director of the museum. Sponsors within MSU are the MSU Humanities Institute, the President's Office, the College of Letters and Science, the College of Engineering, NSF/EPSCoR and Phi Kappa Phi.